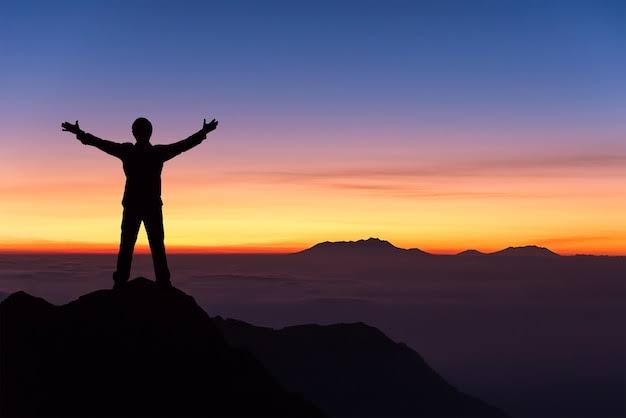 Resilience can be defined as one’s innate ability or general capacity to deal with hardships. People process adversities, trauma, and other happenings in different ways. That is one of the reasons why some people tend to process accidents in a much more lighthearted manner but others take their sweet time to grief by opting for seclusion. One’s lack of resilience can noticeably increase the time one takes to process anything harsh.

Meanwhile, someone with much higher resilience can go as far as poking light-hearted, non-offensive jokes at the matter because they are resilient enough to deal with their stuff head-on. Being resilient to any changing circumstances increases the possibility of a smoother life trajectory. For instance; it can ensure a better professional or academic career, better self-esteem, favorable inter-personal relationships, and increased communal involvement.

Here’s more on resilience and how resilience counseling can be a game-changer in your life;

Resilience: How Does Counseling Affect Our Ability To Bounce Back

Being more or less resilient depends on both an individual’s innate abilities and his/her environment. Developing resilience is a complex process and can sometimes take years to finally reach completion. Cognitive-behavioral therapy is a highly approached method of building resilience in a client during counseling or therapy. Someone who has faced unwanted harm and trauma in the past might easily wonder why exactly this unwanted event happened to them? Their lack of resilience and inability to process a certain loss stops them from moving on in life with a fresh perspective. Interventions carried out while performing CBT can help the client understand their frame of mind and how their beliefs about an event might be stopping them from becoming emotionally stronger.

Another common intervention carried out by your counselor could be a straightforward activity designed to make you answer some much-needed questions. While carrying this out, your counselor might ask you about occasions when you found yourself the most and less resilient.

While digging deep into that you can both land on any factors that affected the way you particularly acted at that moment. For instance; if you find yourself more resilient at your job, the reason behind this could be the presence of a supportive working force around you. Meanwhile, the reason why you feel the least resilient around a fighting couple could be your history of domestic violence initiated by your parents during childhood.

A counselor might also encourage you to uncover a favorable purpose that could fuel your resilience for the time being. For example; if you’re a socially anxious single mother, who fears going out more often for groceries and other needs. Your purpose to be more resilient could be your affection for your family. Your purpose to ensure a perfect routine and household for your kids can make you slightly more resilient to any interactions with city folks.

Why Is Resilience Counseling So Fruitful?

Here are some occasions that prove seeking counseling for better resilience can actually do wonders;

Coping With A Health Emergency

The health emergency in question could be of any nature. It can be a recently diagnosed anxiety disorder or a recently discovered tumor in your body. Despite seeking treatment for the anomalies in question you still need hope as well as the resilience to actually stay and fight back. Lack of resilience, in this case, can cost you big time as some people simply abandon treatment fearing the worse will inevitably happen to them. Building resilience via counseling in this context can actually be a lifesaver as it helps you adapt to the changing circumstances and helps control toxic coping behavior.

Coping With A Huge Change

Moving on with your life after a huge change can be very detrimental. It can be a positive or negative change but at the end of the day, it is still a “change”. You can find counseling for better resilience exceptionally meaningful while moving on from a divorce, the death of someone you knew, or after being sacked from a job you really loved. Another huge change could be a change in physical appearance that you find harder to cope with; an increase in weight, baldness, etc.

Before Taking A Big Leap

If you have partially decided to move on from something in your past, you’ll need the power to truly let go and never look back. This is a big leap of faith and a fresh start. You ought to be resilient enough while moving on from an abusive past, sexual crime committed against you, infidelity, etc. The lack of resilience can actually put doubts in your mind, make you fearful about any future possibilities and diminish your growth.

7 Signs Indicating Resilience Counseling Might Be Working For You

Individuals who lack resilience tend to blame themselves for any disaster that befalls them. To a certain extent, their lack of self-compassion coerces them into taking the blame even when they had nothing to do with the issue they are facing. Someone who lacks resilience would be more likely of treating others with more respect than they treat themselves.

So, if you’re noticing some improvement in this department you’re definitely on the right path. For instance; after attending counseling sessions you might experience less and less self-hatred. Instead of jumping the gun and holding yourself accountable for uncommitted mistakes, you take time to accept that everyone makes mistakes. Additionally, even if you’re at fault, you’ll be more forgiving towards yourself instead of letting something haunt you for days.

Some people simply go off the hinges once something different from normal occurs. For instance; one’s lack of resilience can result in frequent emotional breakdowns in public where you openly display your lack of control over your emotions. A great example of this would be having a full-blown emotional breakdown in front of an ex-partner when he/she tries to break things off with you. Your lack of resilience is what pushes you over the edge, and you blindly start following your instincts.

If you have built up a fair share of resilience via counseling you’ll feel more in control of your emotions and alter the way you perceived things before. This absolutely does not mean that you’ll turn into a stone-cold individual afterward. Instead, you’ll simply start actualizing how emotional regulation is supposed to take place. Consequently, you’ll have less frequent emotional outbursts and rely less on emotionally comforting toxic coping mechanisms.

Someone who innately feels weak will be more inclined to rely on others for change or any type of improvement. That’s because they wholeheartedly believe that they are not strong enough to conjure a solution on their own. While facing something detrimental they’ll lose track and become less rational.

An increase in resilience directly increases your ability to make better choices. Your problem-solving skills will replace your lack of decision-making skills. Additionally, you’ll even view things with a much clearer mind and don’t let any troubles blur out your vision. After taking some time to mourn a dead relative, a more resilient individual will start focusing on re-living life normally because that’s what rationality demands.

You Know When To Ask For Support

Being resilient absolutely does not mean that you don’t need supportive people in your life. In a fair share of cases, less resilient folks tend to disassociate from society and chose a life of seclusion. Meanwhile, a more resilient person will know the importance of supportive people around them.

Asking for support and reaching out for a helping hand, is a fairly positive bonding moment that everyone needs to build more resilience. That’s because sometimes ranting in front of your best friend regarding your work troubles is the only way of excluding bad vibes from your system and practicing resilience.

If only more people could understand how being the victim in every situation can never serve them well, things would be simpler. If you feel like attending counseling to build up resilience concluded productively, you’ll now think of yourself as a survivor. You are not someone who was troubled and pressed under the circumstances of your past. Instead, you are a fighter who jumped gradually to the top despite everything against you.

Viewing yourself as a victim in everything sometimes diminishes your ability to truly escape the past. But, only when you reach emotional and mental stability, you can understand how you are a breaker of chains rather than the weak person you thought you were. Having this kind of survivor mentality proves fruitful in the future too. That’s because you know you’ll get through any unfavorable circumstances as you have done it once in the past.

You’re Not Afraid Of The Unknown

Possessing less resilience can quite possibly reduce your urge to take risks. The fear of an unknown danger or failure always resides in your heart considering you don’t count yourself as a strong individual. If you actually feel like you are no longer scared of what life has in store for you in the future, you might actually be more resilient than your past version.

For instance; someone with less resilience might be traumatized from a previous instance of flooding or earthquake. If some sessions of resilience counseling have actually worked in him, he might accept the future possibility of these natural disasters as a thing that’s bound to happen and out of his control. Resilience counseling does not instantly turn you into a fearless creature. Rather, it reminds you that some things are simply unpredictable and you can’t always hide from the unavoidable aspects of life.

You Can Cope With The Ups & Downs

Resilience counseling works gradually as it takes time to truly build yourself from the start. If you’re done with some critical sessions then it’s time to test your limits. Has anything traumatic or saddening happened to you recently? For instance;

If any of these instances were an actual possibility during recent days or weeks then we want you to ask yourself a few questions. Take a look back and critically analyze the way you coped with a critical scenario. If you wallowed for a few days and then landed back on your feet after taking time to grieve, your resilience is truly commendable. This shows that you’re resilient enough to stay afloat despite the ups and downs.

It’s essential to cut yourself some slack every now and then. You’re only human and there’s only so much you can do to remain grounded. You’re going to have bad days and good days. Consequently, having a bad day and wallowing for a few hours over it doesn’t mean you’ve undone the work you did in counseling. Our minds can be too unpredictable sometimes, so take everything with a grain of salt. Be kind to yourself because putting yourself down is only going to help you dig a deeper grave for the future “you”.