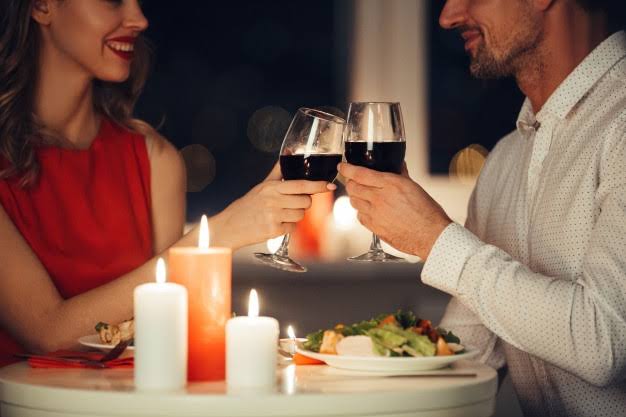 Can anyone find true love after divorce? Of course, but what first they’ve got to get back into the dating scene. Dating after divorce doesn’t seem much of a foreign concept in the 2020s. Yet, the complications that are partnered up with it aren’t discussed as liberally as they should be. Parting from the person you’ve taken lifelong vows with can really mess things up for anyone. Whether it was a one-sided decision or a mutually agreed upon one, things don’t stay the same.

As a matter of fact, it can rile up an individual and he/she might even start second-guessing themselves. What if you faced infidelity at the hands of an ex-spouse? Is there a way to muster some courage and move on to a brand new relationship? We all deserve to move on to better things, there’s no doubt about that. But, what kind of complications await a recently divorced person? Additionally, how can one prepare themselves if they’re dating after divorce? So, let’s take a brief look at some obstacles and tips on how you can cross them!

Dating After Divorce: Why’s It So Hard For Some People?

1. Give Your Heart A Break

You’re not a robot, and an emotionally draining experience like divorce is bound to impact your sanity. Some individuals tend to develop chronic stress as a result of separation and some even struggle with physical symptoms of this stress. Thus you’ve got to take your sweet time to heal. Don’t let anyone school you over this aspect as there’s no particular time frame for healing.

Sometimes it takes up mere weeks and sometimes plenty of years. You must be exhausted from the legal proceedings, the division of assets, or the mere thought of losing someone you took important vows with. You deserve a chance to grieve in your own way. Whether that involves taking a long vacation or simply spending time in solitude; it’s your choice to make.

You don’t have to rush into the dating scene even before or right after finalizing your divorce proceedings. Take time to digest whatever’s been happening around you recently. Singlehood and all its brand new experiences are going to greet you in brief intervals. But first, you’re going to have to place yourself in the right headspace. The bottom line is, you’re not going to find much success dating if you haven’t properly moved on from the past.

2. Get In Touch With A Counselor/Therapist

You need professional help to pass through a transitional phase in your life. It only makes moving on much easier and you’re able to enjoy dating new people much more. There has to be some sort of regret, resentment, harsh feelings, or sadness left off from a previous relationship. That’s how human emotions roll, it’s hard to get over someone you’ve known so personally.

Divorced partners often deal with attachment issues or trust issues. How can someone begin to trust a new partner if they haven’t dealt with the trauma caused by a cheating husband/wife? Talking to a counselor or attending relevant therapy programs yields the power needed for recovery. While talking to a counselor you’ll always be reminded of the reasons why you took the decision to separate.

Consequently, you won’t be tempted to look back at the past and restoring old emotions against your will. This tip is also exceptional for those who can’t seem to move on from the trauma inflicted by an old spouse.

If things are going great with a new person you’re dating, nothing can be better than that. Just remember, that the foundation of this new relationship stands on trust. Trust doesn’t only stand for not cheating on a romantic partner. Trust also extends to setting things straight as truthfully as you can, in front of a partner. So, instead of lying or hiding the fact that you were married prior to this relationship, be a little upfront. Opening up regarding your past can only be fair to you and the person you’re beginning to count as an intimate partner.

Furthermore, let your partner know if you already have kids or any other things your partner needs to know regarding your personal life. We suggest being as upfront as you can be with a person you feel like you can actually trust. Another advantage of being upfront at this initial stage of dating is that it makes you aware of what’s going on at the other end. What if the individual you’re dating doesn’t want to date a divorced person who already has kids? How else would you discover their concerns without revealing the truth? 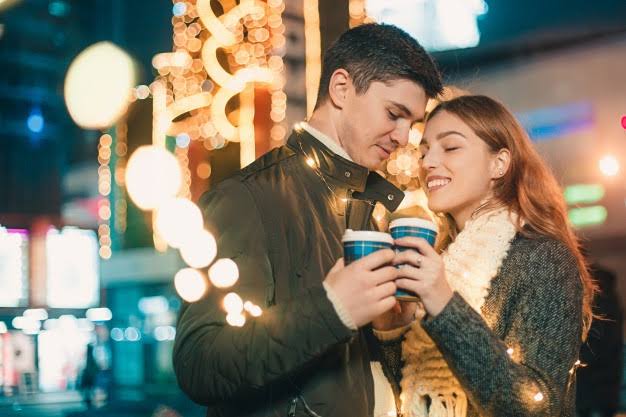 We get it, you’re ready to move on. But, what are you looking for? Instead of blindly running into a new relationship, sit down and give it a thought. You’ve got to choose your divorce and previously failed romantic endeavors as a learning curve. Here are some questions you should be able to answer before you begin dating;

First and foremost, if you have an answer to these questions there are lesser chances of making the same mistakes again. You’ll be much more aware of the expectations you have with every new date. Lastly, having certain expectations shows that you’re targeting a specific group of people.

5. Don’t Be Scared To Try Some New Stuff

Dating back in the old times was as conventional as it could be. Most people dated individuals that ran into the same social circle. Just a good old committed, monogamous relationship and some amazing dates at the local cinema. Nowadays, things have taken a turn thanks to modern means of connectivity. People are more willing to switch things so running with the tides would be a smart idea.

Now, you can build a tinder, Grindr, or bumble profile and discover new people with similar romantic interests. If you’ve just gotten divorced and have lost touch with the dating scene, prepare yourself for a cultural shock. Think outside the box and experiment with new kinds of “types”.

It’s quite interesting if one’s willing to open up to new means of romantic connectivity. You can find some prospective candidates without moving an inch from your sofa chair. Don’t be scared of trying new apps while looking for a new date. These things might seem a little grim or scary at the beginning but you’ll soon get a hold of things. If you’ve tried monogamy once before and have found it boring, give polyamory a chance. Broadening your tastes can only benefit you in the long run and provide exciting new experiences.

Your version might differ from the version of dating a potential date has. Of course, there’s a well and good reason behind it. You were in a long-term monogamous bond with a single spouse previously. Thus your version of romantic bliss slightly differs from a person who hasn’t been married before. Thus rushing into things isn’t going to have positive consequences. You might scare off any potential dates by being very up-front. Don’t place all your fruits in a single basket right away. Take things slow instead of directly taking your date on dinners with your kids.

7. Communicate To Tie Any Un-tied Strings

If you’ve got a family to look over to you’ll probably need to go the extra mile. It’s very essential to remember that the new relationships you’ll forge might have an impact on the children you have. Whether you have sole custody or shared custody with your ex-spouse, you’ve got to keep your children aware of the recent changes. There’s no need to rush in a introduce a new romantic interest to your partner.

First, make sure whether you and your new date have any plans of lasting long. Initially, taking your partner’s perspective before making such plans is necessary. If that’s an appropriate candidate, introducing them to the kids is an amazing idea. Remember, it’s better that your kids find out about things from you rather than anyone else behind your back. Introducing a new romantic interest to the kids also ensures that there’s stability in your life and much less unusual drama to stress you out.

If you’ve just stepped out of a relationship as committing is marriage, your view on romantic relationships might be very conventional. Thus, you might look at new romantic partnerships from the lens of sustainable and long-term belongingness. That’s not always the case. It might even seem like a cultural shock to you, but getting into a monogamous relationship right after divorce isn’t a sound idea.

Technically, if the odds still somehow turn in your favor, one can consider a monogamous long-term relationship too. Yet, it’s better to broaden up your mind on certain things. So, it’s one of the most essential tips that you tie to the corner of your shirt right away; you probably won’t find another long-term romantic partner right away.

This proposition shouldn’t end up making you disappointed. Take your sweet time to look into different things and modes of affinity. Prepare yourself to go on dates with different folks. It’s a great chance to meet people of so many sorts. Who knows, you might even end up finding out the perfect piece to your puzzle.

9. Don’t Let Envy Get The Best Of You

You might’ve thought that you’re ready to start dating again, but take a look at your search results. Why on earth are you checking up on your ex-spouse? The need to stay virtually connected or updated with an ex-partner can become a hurdle. If you really wish to start dating like any normal person you’ve got to get it straight inside your head.

Don’t date because you want to make your ex-spouse jealous by moving on real quick. Checking up on your ex-spouse can also create issues between you and the person you’ve just begun dating. So, continue dating for the fun of it and for the need for romantic bliss in your life. The biggest tip of the night would be letting go of the envy you hold against your ex-spouse. 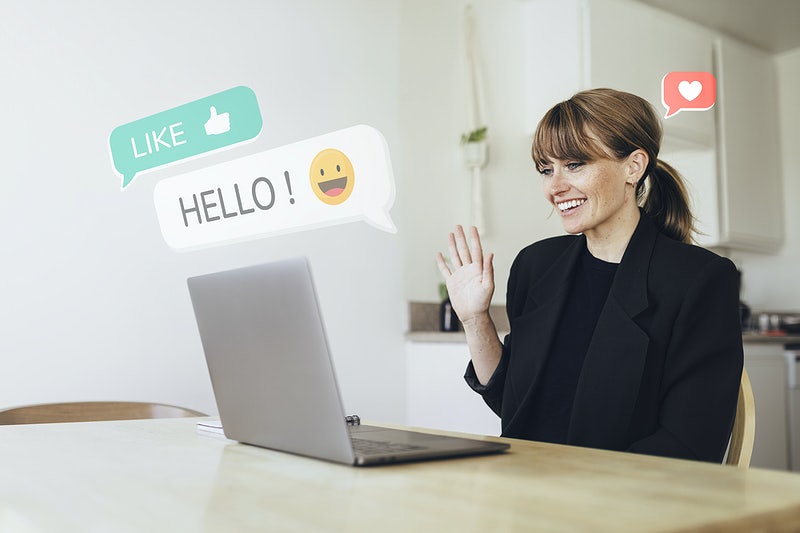 Now that you have some tricks under your sleeve, how are you planning to take a shot? Apart from the good old dating apps, there are plenty of other ways you can find someone new after getting divorced. Join your favorite community programs or a class for something you find yourself passionate about. There’s plenty of fish in the sea and you’ll figure that out after attending a samba class or event at your local community center. Even if that doesn’t work out, ask some friends to set you up on blind dates.