What Does it Mean to Have A Dream of Snake Bite? 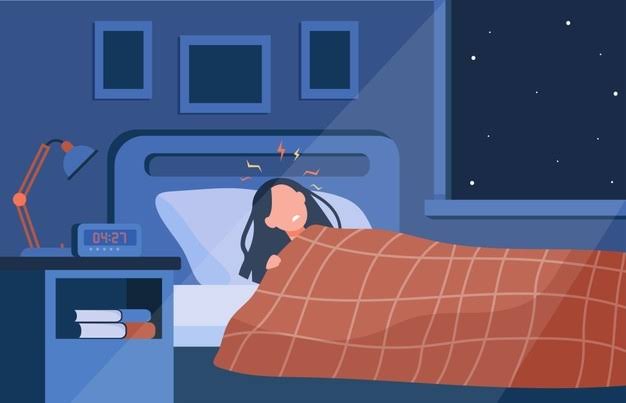 Each dream has a story to tell no matter how straightforward it seems. Dreams act as a doorway to your subconscious. That’s why they always reflect your deepest desires, worries, and fears. So one can only be curious as to what being bitten by a snake in a dream can actually mean. Snakes are venomous, scary creatures that can set off the alarms in everyone’s head. They’re meant to be truly feared because of their appearance and their status as venomous beings. Thus, we’re sure that a dream or nightmare of this sort can extremely startle you if you’ve never had it before. Let’s discover the interpretation behind your dreams if you’ve been dreaming about snake bites;

What Does The Snake In Your Dream Signify?

When we’re talking about an animal as fearsome as a snake, it can truly be a sign of impending danger. The appearance of a snake in your dream can signify that you’re scared or fearsome about something. Your dreams are a window into your mind and heart. Thus if you’ve been worried about something huge or small you’re bound to see signs of it even while you’re sleeping. Dreaming about a snake can signify that you’re quite anxious and in a state of unrest be at of something that’s been bothering you.

Since the early ages various religions, theologians and cultures contribute great spiritual qualities to this venomous creature. Thus witnessing it in a dream can be a sign that there’s some kind of significant change about to occur. Seeing a snake in your dream can indicate that you’re about to go under a spiritual or emotional transformation. This could be an inevitable change that’s leaving its signs slowly by appearing in your dreams metaphorically.

Nothing can be as venomous as a person who ends up betraying you despite acting like a confidant. People that can’t be trusted and consider betrayal to be a forte are often regarded as “snakes”. So if you’ve been seeing a snake in your dreams you’re probably scared of commitment. This phenomenon can be a testament to your trust issues and how you find it very hard to commit to a single person. People who tend to be very private or find it harder to stay in a long-term relationship or friendship might greatly relate to this.

If you’re struggling while you’re awake or there’s something mentally bothering you, you can’t expect to see something positive in your dreams. Witnessing a snake in your dream and being bitten by it could be a sign that you need some emotional or mental release. You’re stressed and it is eating you alive. If you always tend to notice the negative aspects of things and expect the worse in everything this kind of negativity latches on to you entirely. So, being bitten by a snake in your dreams could signify that there are some undealt issues like; grief, trauma, etc. that you still have to deal with.

Dream Of A Snake Biting Its Own Tail

This dream can be interpreted as a sign that there are some habits you’ve got to alter in yourself. You need to switch up the circumstances because you’ve been going in circles for a while just like a snake biting its own tail. Biting one’s own tale also can be taken as self-sabotaging behavior. Thus one can deduce that making some kind of change in your personality or life might give you a big break and put a stop to your struggles.

Dream Of Being Bitten In The Back

In this particular context being bitten in the back can be interpreted as your general lack of trust. Perhaps you always feel like you’re surrounded by people you can’t trust. So, that sort of mindset also reflects in the dreams you’re having. Your fear of being bitten in the back by someone you trusted metaphorically shows up as a snake biting on the back.

Dream Of Being Bitten By A Snake On The Face

A dream of this sort places immense focus on how absorbed you are when it comes to maintaining an appearance. Being bitten on the face is a testament to the fact that you’re scared of being in a compromised state. People who are extremely beauty conscious put great emphasis on physical features, and judge others based on physical attributes can report seeing such dreams. This dream can also signify that you are neglecting other essential things while focusing on the least essential things. It can also be interpreted as your constant fear and need to maintain face in society or in the presence of people you regard important.

Dream Of A Huge Snake Biting You

If the venomous creature’s insight seems to be too huge, there’s a chance that you’re on the verge of huge danger. The size of the snake you’re dreaming about could be a metaphor for the huge fear residing inside your heart. Perhaps there’s a huge responsibility or priority you mishandled a while ago so now you’re scared of the consequences. It does seem to signal that you’re perfectly aware, not solving this particular issue can disrupt your life entirely.

Dream Of A Small Snake Trying To Bite

Sometimes we as humans tend to ignore things that are pretty out in the open. It can be out of sheer neglect or some other reason that’s keeping your immediate actions on hold. Perhaps you’re a bit suspicious about an employee that might try to steal some balance from the company’s accounts or your significant other might be dropping hints that indicate infidelity. These are all pretty self-explanatory signs but some of us push in the back of our minds. Dreaming of a snake on the verge of biting you indicates that the alarm bells are tolling in your subconscious. Consciously you might not be trying to avoid that danger but your cognition and your sixth sense know what’s up. This dream can also stand as a severe warning from yourself to yourself. It signifies that some part of you is aware of the threat that’s about to strike. The circumstances of the places seen in that very dream also matter a lot. For instance; If you were bitten inside the house the threat that’s against you might be residing under your roof.

Dreams Of Being Bitten By A Snake On The Foot

Dreams Of Snakes Biting Others

The person you’ve been seeing in danger in this context could be a near and dear one. Some probable contestants could be a parent, romantic partner, or sibling. If you’ve dreamt that a snake seems to be attacking someone you know, you could be neglecting that person. It can also be an indicator that you’re scared you might lose that person to an imminent accident or a misunderstanding.

Furthermore, there’s a huge chance that the guilt residing in your heart is now showing up in your dreams. The situation can also be quite the opposite if the person in your dreams is a rival or someone you don’t particularly like. In this case, your dream can be an indicator of how you want that person to be at their worse. You simply don’t wish for them to thrive thus your subconscious mind shows you what you actually feel about them in your dreams.

Dream Of Killing A Snake That Bites You

Believe it or not, despite the presence of a venomous creature, this dream does have a positive meaning behind it. The struggle is real if you’ve been trying to get over an abusive partner, trying to get rid of a nagging friend, or been meaning to ace your finals. The sweat you’re pouring and the troubles you’re facing might not seem so pleasant at the moment but they’ll soon subside. Yes, you got bit by a snake and you had to face the lows you’re facing right now. Yet, the dream indicates that you managed to grab the creeping trouble right from its tail and finally crushed its head.

Hence, you’re most definitely on the edge of finding the sweet release you had been craving for a while. After facing the lows, you’ll get to witness the highs in your life. This particular dream is an indicator that your subconscious truly believes the effort you’ve been putting in will soon turn fruitful. It can also indicate that you’ll soon get rid of a not-so-worthy person in your life for once and for all. The time to weep might arrive at any moment but it’ll be followed by the time to celebrate. 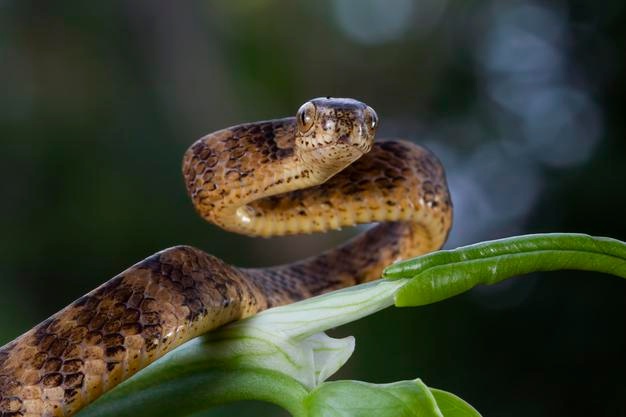 Dream Of Snake Bite: 4 Ways To Avoid Being Startled In Your Sleep

Adopt a more relaxing approach to bedtime. You can try listening to ambient sounds on YouTube or try your luck with ASMR. Some people use a white noise machine and count on regular meditation before bed. Find out what really lifts the weight of your shoulders and don’t forget to be as comfy as possible.

No Gore Or Violence

Have you ever noticed that the people you are surrounded by the most tend to appear in your dreams more often? Similar is the case for the media you’re consuming. Avoid watching scary stuff before bed as it can latch onto your mind and result in more nightmares. This means total avoidance of genres like; action, thriller, or horror.

Implement A Cut Down

Cut down the amount of alcohol and caffeine you’re consuming during the day. Both of these can make anyone feel restless during the night which isn’t a great thing if you’re having nightmares already.

Talk Your Way Out Of Bad Dreams

Recurrent bad dreams can be a sign of bad mental health. PTSD associated with a bad accident, abuse, or dysfunctional upbringing can result in recurrent bad dreams. So, talking to a therapist and seeking treatment for that can automatically lift up your spirits. Once you heal the tree from its roots the branches start flourishing on their own. Thus seeking professional help can help you greatly in this case.

Attributing spiritual meanings to common occurrences can be very relaxing for some people. It just adds an extra vibrant layer to this colorful life when you truly believe that everything has a meaning. Yet, one has to make sure that they’re not constantly on the edge of their seats while believing things that are too far-fetched. If you’re constantly having dreams that spark up your anxiety levels talking to a specialist can help. A mental health professional or a sleep specialist can analyze your sleeping patterns if these dreams continuously tend to persist. Perhaps in this way, you’ll be able to eradicate any undealt issues that are resulting in your dreams about being bitten by a snake.