When you hear the words appetite and anorexia used in the same sentence, what’s the first thing that comes to your mind? We’re absolutely sure that it might be anorexia nervosa, also known as the compulsive avoidance to eat. It’s a compulsive disorder that involves starvation and avoidance to consume any food for long intervals. Well, sexual anorexia is something exactly along those lines. Just like our appetite for food, we all have an appetite for sex. Thus a disorder like sexual anorexia can also take a toll on one’s life similar to a food disorder that consumes one’s entire life. If you want to know more about this condition you’ve come to the right place. Here are some leading signs of sexual anorexia so you can spot the problem right at its beginning phase.

Sexual Anorexia: All You Need To Know

Sexual Anorexia or Sexual Avoidance Disorder can be categorized as a condition in which an individual might avoid any chances of sexual contact or activity. There’s noticeable fear and dread associated with any sexual or intimate acts among people who have sexual anorexia. People dealing with this condition experience extreme disgust after or during sexual intercourse and indulge in sexual deprivation. Sexual anorexia isn’t meant to be mistaken for a slight mood change. That’s because it’s way more intense, compulsive, and can last for ages. Here are some signs indicating that you or someone you might know could be suffering from it;

Causes & Diagnosis: Which Kind Of Individuals Are More At Risk?

Of course, there’s a possibility that any of us can struggle with sexual anorexia at any part of our life. Yet there are a few risk factors that make some individuals more susceptible to it. The causes can be of both emotional and physical nature. Refrain from a self-diagnosis if you’re second-guessing your or anyone else’s condition. Talk to a therapist and carry out some tests to check any underlying health conditions that might be causing an issue in your sex life. For instance; sometimes hormonal imbalance can be a big reason behind your compulsive habit of avoiding sex. Carrying out a test will help you diagnose the issue, so you can treat it and get back to normalcy.

Let’s take a look at some individuals that might be more at risk of contracting sexual anorexia;

Sexual awakening and discovery of one’s sexuality are meant to be pleasant experiences. After reaching puberty every individual is meant to come to terms with their sexuality and understand their needs at a more personal level. Thus it’s almost like coming to terms with your own identity. Yet that’s not the case for everyone. Based on one’s life history, past events, childhood, adulthood or any other personal experiences the entire experience surrounding one’s sexuality can be tarnished. The presence of abuse or sexual exploitation in the past makes a few individuals more susceptible to sexual anorexia. Thus survivors of child abuse and, sexual assault are always more at risk.

For a person who has been sexually abused in the past sex becomes something extremely negative. Suddenly sex turns into an act that has extremely negative experiences and memories associated with it. So indulging in that act at present can remind a person of all the traumatic events of the past and affect their mental health negatively. To avoid the turmoil and pain that sexual exploitation in the past has caused them an individual might use sexual anorexia as their defense mechanism. Refraining from sex instead of getting help for their condition may sound like a great idea for a while but it can take a toll on your life in the long run. It is absolutely not a healthy way to live.

I guess we’ve all have been rejected by at least one person during the course of our life. This rejection can be something romantic, sexual, or of a platonic nature. When it comes to being disapproved of in bed, the consequences can be pretty intense. Of course, some are able to take things as lightly as they can and accept things as they are. On the contrary, some others might take this disapproval much more intensely. It can impact their confidences levels as well as their future ability to perform or indulge in sexual intercourse. Being intimate with someone new awakens the shame & embarrassment they once felt while being intimate with another partner.

People who have been rejected in the past based on their appearance may also be at greater risk of avoiding sex altogether. Similarly, mothers who have recently given birth might refrain from having sex due to the fear of being judged based on their new maternal body. Another dangerous consequence of rejection in bed is the fear of performing badly. This fear coerces people struggling with sexual anorexia to refrain from having any sexual relations with future pursuits. The logic behind this is that; if I won’t have sex, I won’t disappoint someone. Thus someone can be more at risk of suppressing sexual desires if they’ve had similarly disappointing experiences in the past.

Our belief systems decide the course of our life and our psyche up to a great extent. Thus any extremist views regarding anything can really shape the way we think and perform for the rest of our lives. It’s common knowledge that a large variety of religions view sex as an immoral act. Most religious doctrines declare that it is always supposed to be a sacred act, carried out between two married individuals. Additionally, a large number of cultures view any discourse surrounding pro-sex activities as immoral. Some people have a strict religious upbringing in their homes.

Living and growing up in such circumstances, people make these views a huge part of their belief system. Thus in order to avoid public prosecution, shame, or embarrassment those people tend to suppress any of their sexual desires. Such individuals are more likely of getting sexual anorexia as compared to someone who has lived a life in a pro-sex environment. The negative connotations associated with any sexual or intimate acts instill the fear of sex inside them. So, they avoid any situations that lead up to sex or anything of sexual nature.

“Fool me once shame on you, fool me twice shame on me”. That sounds like a great saying, doesn’t it? Some people compulsively live by this rule and that’s why they can be more at risk of willingly using sexual deprivation as a defensive strategy. An individual who has contracted a sexually transmitted disease in the past might be scared of contracting it once again.

Normally such people tend to refrain from unprotected sex and take extra measurements to ensure safety in the future. But, some people conjure up extreme fear of contracting a life-threatening STI. Instead of taking regular measures, they might avoid sex altogether. This irrational fear of contracting something via intercourse can lead up to adopting sexual deprivation. That’s why people who have had STIs in the past can be more at risk when it comes to SAD.

A bicycle only runs on two wheels, if you remove one, the entire thing is up to no good. Similarly, sexual intercourse should be an activity that favors both partners. Each partner should be equally indulgent to favor the needs of the other partner. The lack of orgasmic release or climax can coerce one partner into avoiding sex altogether. Without any proper coordination, if one partner’s getting what they want, the whole thing turns sour and useless.

The general onus on pornography seems pretty divided. Some view it as a great resource of entertainment for those who desire something sexual meanwhile others view it as something very regressive. According to a study conducted by the Italian Society of Andrology and Sexual Medicine; People who regularly view pornography can become desensitized to sexual things after a while. Thus, after short while sex or anything of sexual nature stops pleasing or satisfying their needs. Such individuals would practically find sexual intercourse useless after a while considering how it just doesn’t promise the satisfaction it once did. Thus people who consume extreme amounts of pornographic content can also have higher chances of becoming sexually anorexic.

Is It Possible To Recover From Sexual Anorexia?

Yes, people do recover from this disorder. SAD is treatable if anyone’s willing to attend counseling with a partner to deal with communication issues or indulge in regular therapy for other reasons. If trauma associated with sexual abuse in the past seems to be the culprit, there’s a lot of healing that’s required. You might need time to go over your traumatic history and to deal with triggers with the help of a therapist. A counselor might suggest healthy ways to cope with your condition. Once you’re able to adapt to your new life and are able to get over any traumatic memories you can learn new ways to start dating once again.

Hormonal replacement therapy seems pretty fruitful for menopausal women and people with low estrogen levels. It can spice up your libido and get you back in action. Talking to a therapist can also help you adapt to a new belief system. It would be a belief system that’s based on your own views instead of the rigidity you’ve been force-fed while growing up. Furthermore, talking to a marriage counselor can help you or your partner reach a verdict on your communication-related concerns. If there’s something missing and that needs to be added to spice up your sex life, you can finally work your way around it. If lack of confidence or self-loathing seems to be the reason behind this compulsive habit, you can manage it all via therapy. You can ask a counselor to suggest treatment centers or programs that cater to sexual anomalies. 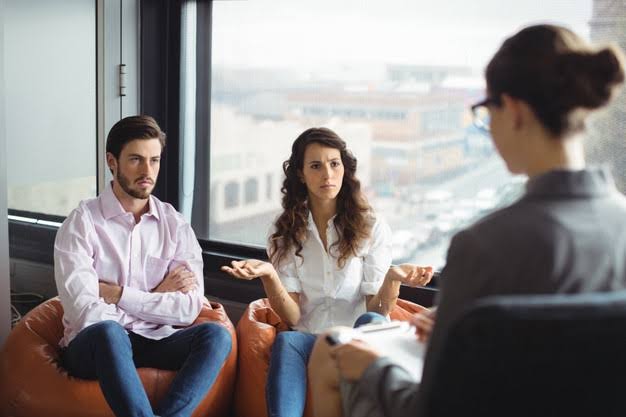 If your partner’s suddenly refraining from having sex, there could be many reasons behind it. Sexual aversion isn’t only a sign of lack of interest or infidelity. So talk to your partner because only having a dialogue can help you diagnose the problem right at the beginning. If lack of communication involving intimate scenarios seems to be the culprit then you can always seek counseling. On the contrary, if the reason behind sexual deprivation seems more physiological then therapy can provide long-lasting relief. Lastly, remember lack of consent is never meant to be mistaken as compulsive sexual anorexia. Some individuals refrain from sex for some time simply because they don’t want to. There are no emotional, physiological factors or a disorder responsible for their decision. Thus, their decision’s only meant to be respected. Just don’t lose hope because you can always work your way through things! 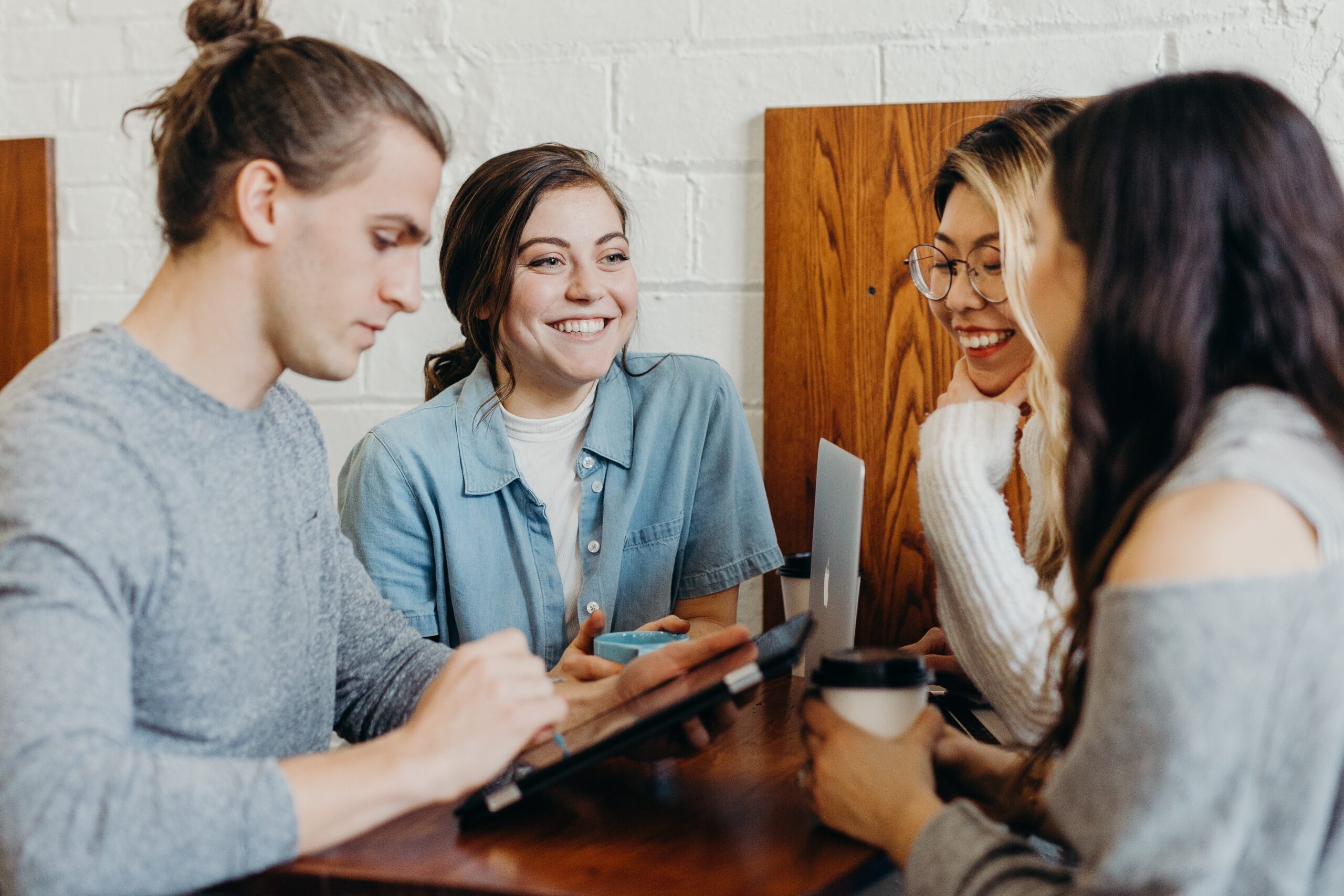 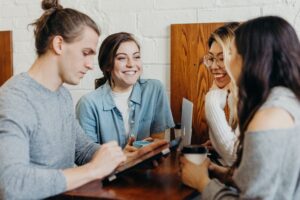