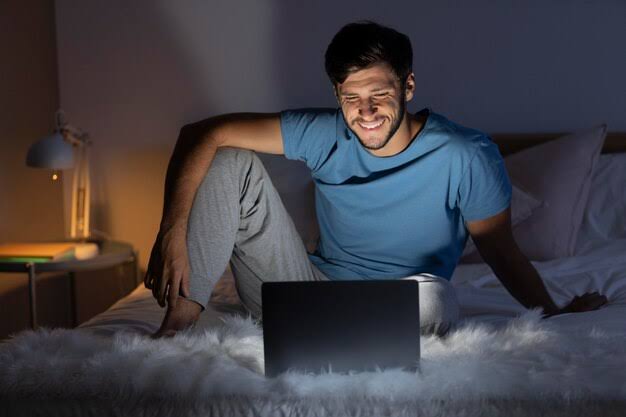 The need for treatment or a CSAT therapist seems like a far cry if we examine people’s general views on sex addiction. Sex addiction remains a controversial topic even in today’s day and age. Either people consider it a taboo and refuse to talk about it entirely or they just don’t consider abnormally high libido to be a considerable problem. In short, someone who’s been diagnosed with this condition and wishes to pursue a good resolution has to face a unique set of challenges. By general definition, sex addiction is the compulsive need to draw pleasure from any sexual acts as it offers an individual a certain rush, kick or fix. According to Departmental Management of the USDA;

Around 38% of men and 45% of women with sex addictions most definitely have diagnosed or undiagnosed venereal disease stemming from their compulsive sexual activities.

Additionally, sex addiction is quite simply an act of abusing sex and harming one’s self in the process. Not every sex addict tends to get involved sexually with other people. In fact, for some, it all revolves around compulsively performing acts of self-pleasure to the point it completely starts consuming their life. Sex addiction isn’t perceived as conventionally as other types of addictions; such as substance abuse. Thus, one’s barely got a chance to identify an issue from the get-go. Here are a few giveaways that indicate the desperate need for a certified sex addiction therapist. Maybe some of these red flags can help you land on a final conclusion regarding doubts about yourself or someone you know.

What Does A CSAT Therapist Do?

7 Signs Indicating That You Need A CSAT Therapist

Being obsessed with something, someone or a particular act is the beginning of a very toxic cycle. Being obsessively preoccupied with something is the direct opposite of being moderately involved. Once something starts to cross the line of moderateness, its impact becomes very visible in your personal life. Similar is the case for a sex addict. One of the biggest signs that indicate the need for therapy, is the inability to control your urges. This lack of control is noticeable to the point that the person in question lets his/her obsession impact his professional career. Their productivity levels at work start noticeably declining due to a sudden increase in sexual interests outside work. Additionally, one can go as far as skipping on important events and replacing that time with a quick hookup.

The Association Of Guilt & Regret With Sex

This is a sign that’s usually only obvious to the person who’s struggling with sex addiction. Of course, sexual intercourse whether the context involves an addict or a usual individual always offers a sudden kick. But, only a few associate guilt with this particular act. If you experience regret, sorrow, or any form of guilt associated with consecutive sexual acts then your subconscious mind might be leaving some signs for you. Somewhere inside you, there’s a voice pointing to the fact that things shouldn’t be turning out this way.

Consequently, it’s perhaps the biggest red flag that you do not experience long-term happiness from being sexually active beyond usual limits. Apart from being an indicator of the fact that you need a CSAT therapist, it’s also essential to remember another thing. The guilt you’re experiencing afterward could also be resulting due to the cultural or religious regulations you’ve been brought up with. People’s upbringings do play a huge role if they’re associating guilt with sex. Thus, any form of regret or guilt isn’t always a sign of sex addiction.

You Have Doubts About Your Past Involvement

Any traumatic event in the past can leave a long-lasting impact on your life. This is why people do tend to use excessive amounts of sex as a coping mechanism. No matter how young you were, a large majority of your habits, traits, and everything else have the chance of being shaped by that one traumatic event. Trauma can quite possibly alter our brain chemistry prompting us into doing things that aren’t that healthy for us. So, cutting to the chase, a sudden peak in sexual interests could be an indicator that you’ve got some sort of trauma impacting the way you’re acting. The need for a CSAT therapist arises in this case because an individual could be using an exhausting amount of sex as a coping mechanism. It isn’t a healthy coping mechanism, instead, it’s just a cover that’s being used to mask emotions like; grief, sadness, or mistrust. This is a very common pattern among individuals with a history of sexual trauma. Due to being wronged sexually in some type of way in the past, they continue holding the emotional scars very close to their heart. These emotional scars then coerce them into doing tasks that seem emotionally liberating on the surface but could be very detrimental to one’s emotional and mental well-being. So, if you’ve got any doubts regarding your past involvement with your libido, get in touch with a certified sex addictions therapist or share your grievances with a counselor.

Relating to the aforementioned point, having no control over your instincts can coerce you to get into dangerous circumstances. Someone whose entire focus is on satisfying an urge could be more or less in a sensitive state of mind. Their vision is awry and their capacity to make safe decisions subsides to the point that sex is all that matters. Some good examples of this would be; choosing sketching dating sites or hookup sites in the hopes of finding a stranger.

These sites are filled with shady individuals that can land anyone in trouble big time. The crime rate in any city is a testament to the lack of safety in these situations. Additionally, someone whose sole focus is on sex might skip on the chance of carrying out the deed safely. For instance; not using contraceptives, carrying out some kind of publically indecent/illegal act to satisfy a kink, hooking up with someone despite having an STD, etc.

Libido, in laymen’s language, is simply sexual arousal or the intensity to perform the deed. It’s commonplace for people to lose their libido every now and then depending upon various factors; health, environmental factors, etc. Yet, we rarely talk about how an immense increase in libido can also be a red flag. Someone who’s reading this particular statement could quite possibly be overshadowed by the fact that high libido is a positive thing but that’s not entirely truthful.

Sexual intercourse whether it’s with a stranger or a familiar face doesn’t always have to have meaning. Society has progressed to the point where sex can be based on the “no strings attached rule”. Yet, sex always involves passion and emotional involvement to a certain extent. It seems like a brief but unique link between individuals. If that brief yet essential link gets lost in the middle then that’s when things start getting awry.

As for someone who’s addicted to sex, this intimate act starts losing the meaning it once used to have. Things just don’t feel the same anymore as it’s been turned into a commodity just like a regular glass of water that one consumes so often. If you’re not feeling the same way about an act that once used to bring your comfort then there’s definitely something that needs to be examined professionally.

Being Involved In A String Of Ongoing Relationships

Believe it or not, the person who’s addicted in this context sometimes has no hint of how adverse this situation can be. After a while having a string of relationships with various folks becomes a pretty normal thing for a sex addict. This is a sign that there’s a need for professional involvement in the form of a CSAT therapist. An individual in this context could quite possibly be a serial cheater going behind the back of their partner with multiple other individuals. He/she might choose to compulsively lie and try to keep the cat inside the box instead of actually recognizing how they’re tormenting themselves as well as others in the process.

Apart from getting treatment from certified sources, connecting with someone who’s struggling with the same woes can be very cathartic. Similar to Alcoholics Anonymous, Sex Addicts Anonymous has been proven to be a source of comfort for many people. The added factor of anonymity also gives people the confidence to shed light on their issues more openly without the fear of being judged. We’d also suggest taking a look at literature related to the context penned down by health experts, for more information. Facing the Shadow by Dr. P. Carnes seems like a good place to start!