What Does A Narcissist Do At The End Of A Relationship? 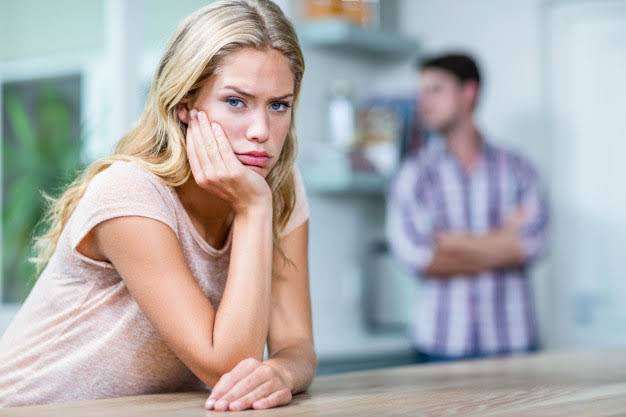 We’re aware that dating or being married to a narcissist can be awful but leaving them isn’t less of a nightmare. You might be wondering, what does a narcissist do at the end of a relationship, which can be that bad? There’s an entire list of behavioral disasters and manipulative plans that await an innocent spouse or partner planning on moving on from a narcissistic ex. Despite all the unavoidable prickly moves a narcissistic ex-flame can play, you shouldn’t back off and return to the same cycle. It’s better to prepare for the worse in advance so you can read the situation better later on. Additionally, if you weren’t already aware of the narcissistic tendencies of your ex-partner, now you’ll know what’s up!

Here’s a list of some of the most widely spotted patterns exhibited by a narcissist after a breakup or divorce.

The Egoistical Need For Acknowledgement

One of the many things that narcissists demand to extreme extents is attention. You might think that after breaking up, separating, or getting a divorce this need might stop affecting you. That’s most definitely not the case, as narcissists will still find a way to get this need across. This aspect is especially noticeable among couples that either share kids, a house or have a shared business. Now that your topmost priorities (children or finances) are mutual, you’re bound to run into each other. The constant need for attention forces a narcissist to keep the spotlight on themselves.

This feature is most noticeable among ex-partners that might have grandiose narcissism. Consequently, they regard themselves as the center of your world. Thus even after breaking up this so-called belief doesn’t go away. It’s absolutely groundbreaking to them if you start moving onto better things by showing complete disregard towards them. Among common habits of these narcissistic exes are;

Even if a separation or divorce was a mutual decision, a narcissist will still find a way to take the dust off their own shoulders. One thing that should be understood by anyone who has a partner or ex like this is that; one way or another you’re always at fault. It’s almost like stating the obvious because a narcissist will never share the fault with anyone. They always try to paint their partner in a bad light.

So, if you’re on the way to a bad breakup or waiting for the court proceeding of a divorce, just prepare yourself for the worst. A narcissistic ex will try to rip your character or psyche apart even if they have to prove themselves right. It’s always going to be about how you were not emotionally present or physically capable for your relationship. Things will never turn the other way around be at a narcissist always regards his/her efforts as perfect for your relationship. It’s a common pattern among narcissistic exes to keep account of all the mistakes their partners might’ve made. Thus they won’t shy away from scratching the past and slapping you in the face all the things they might’ve forgiven previously.

If you’re headstrong, it’ll only lead to further dispute when a narcissistic ex tries to blame you. On the contrary, sometimes this gaslighting done by an ex can coerce you into reconciliation. Individuals that aren’t much headstrong become the victims of this gaslighting pretty quickly. A large majority of emotionally abusive narcissists can gaslight their partners into submission. They might try to make you believe how you were the one that wronged them or didn’t love them enough. Thus even if the other partner tries to step away due to the mistakes committed by the narcissistic partner. A narcissistic partner finds a way to make them believe, that they’re the ones who should’ve done better. Soon you’ll begin to question and doubt your version of events.

This kind of gaslighting can extend even further as the partner willing to break up abandons the idea to leave and returns to the same cycle of emotional abuse. When presented with the idea of separation/divorce a narcissistic ex can gaslight you into reconsidering the cons of leaving them. They won’t shy away from repeatedly calling, sending texts to remind you how losing them might be a grave mistake. Furthermore, they’ll instill the fear of singlehood and loneliness in the partner who wanted to break up. 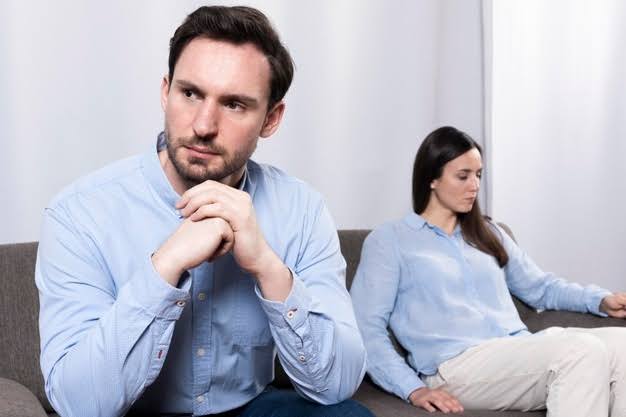 Guilt Tripping For The Sake Of Latching On

Guilt is perhaps one of the worst feelings for those who can actually experience it. Only a true sociopath or psychopath can move on without even a speck of guilt on their conscience. A caring person who has spent a great deal of time with someone never forgets the wonderful times they’ve spent. The vacation, any traumatic events, and dinner dates are all a reminder of the times that have passed. These special memories can most definitely be used by a narcissistic ex to guilt-trip you into staying.

A narcissistic ex will find ways to remind you how everything can still be normal if you think about staying together. Instead of looking at the mess, they’ve created in the present they’ll nitpick great memories of the past. Furthermore, they can go as far as making you count all the favors they’ve given you. Some might even exhibit needy behavior and turn into innocent puppy dogs that require your emotional assistance. It’s a widely tried tactic to rejuvenate your romantic feelings towards them. Thus you might feel guilty for not giving your ex another chance and resume the relationship. It’s ugly and totally malicious to use guilt against someone but that’s how narcissists roll.

Once the blame game and gaslighting fade off, a narcissistic ex will resort to the last option; false promises. That’s a textbook example of manipulation without any doubt. Taking the advantage of your forgiving nature, a narcissistic ex-spouse or partner might resort to admitting their mistakes. Apart from admitting their past wrongdoings, they’ll also create hopeful sceneries of a new future with you.  exceptionally hard for them to admit their fault but they’ll take a bitter sip of the recipe they’re currently trying to make. Now, if their partner ends up taking the bait, he/she should prepare themselves for the same hell they previously left behind. These false promises are going to fade off once again after the honeymoon period ends.

The Nonchalant Master Of Cruelty

In most relationships where two individuals were dedicated to each other, a breakup/divorce can spark emotional reactions. Especially, if it’s a one-sided, non-mutually agreed decision there’s bound to be much grief. On the contrary, if you’re dealing with a partner or soon-to-be-ex that has grandiose narcissism things can be slightly different. Instead of causing an emotional uproar, continuing pleas for reconciliation or simply showing grief such narcissists act nonchalant.

This nonchalant attitude is a visible nod to their very high confidence levels. One of the many ways a narcissist acts after a breakup is by showing utter disrespect for an ex. They’ll use this separation or divorce to raise their self-esteem and lower yours. So, there can be constant jabs against your physique, beauty, financial status, etc. This nonchalant attitude extends as far as acting like a Casanova that can easily find another romantic interest just to make you feel like less of an attractive option. 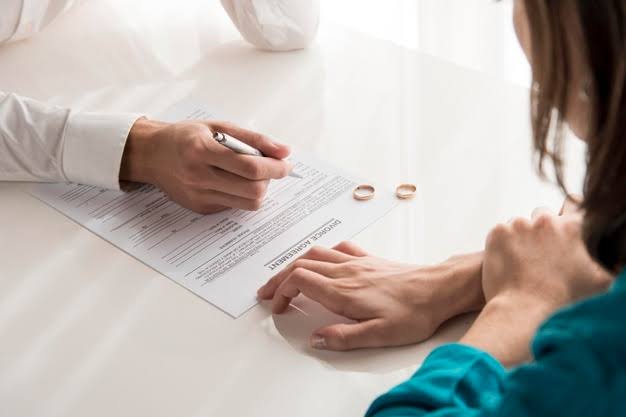 The lack of attention, disregard towards a narcissistic ex can promote them to take revenge against you. If they’re unable to physically harm you, they’ll try to damage your social desirability. Over the long-term phase of a relationship, sometimes partners make similar friends. Thus even after breaking up, they run into similar social circles. A narcissist will use this factor to their advantage. He/She won’t shy away from sparking baseless rumors against you or promptly lying to make their claims substantial. There are two advantages of this social slander;

Usually, the purpose behind stalking isn’t to physically harm an ex-partner ( although the possibility of the latter can’t be denied). In most cases, a narcissistic ex is more focused on staying one step ahead of you. So, if you’re enjoying a good life, a narcissistic ex will most probably want to live an even better life. Thus, stalking is only one of the few tactics they’ll use to keep an eye on you. The term “stalking” extends to both online and offline stalking. An ex-partner of this sort will keep an eye on all the social media check-ins and pictures you post. They’d probably start moving in the same social circles as you to garner more chances of in-personal interaction. They’ll shop at the same grocery marts to create more opportunities of running into you.

They’d want to stay updated on your current scenarios; Whether you’ve moved on to another partner? What’s your relationship status? Are doing well financially? Are you currently on a vacation and having the best time of your life? They compare their lives with you just to see who’s doing well. A narcissistic ex uses all these aspects of your life to defeat you in all these areas. There’s a constant urge to one-up themselves against you, just so they can intimidate you with their so-called success. In other words, it’s an effort by them to understand that you’ve truly endured a big loss by dumping them.

Narcissism and revenge can go hand in hand. The self-absorbed attitude and high self-esteem of a narcissistic ex can prompt them to play the victim as long as they can. Thus the need to hold grudges and to become the victim coerces them to see their ex as a negative person. Once the breakup or divorce becomes a part of the discourse, a narcissist will use every power in their hands to make things difficult for the leaving individual. No wonder why divorce proceedings can be very triggering for a person who has been abused by a narcissist in the past. Narcissistic individuals try their very best to not cooperate while sharing finances or custody of the kids. He/she might resort to absolutely inhumane selfishness to get back at you for the “wrongs” you’ve done against them.

If you or someone you know plans on divorcing a narcissistic partner, it is better to prepare for the worse in finance. Start saving up for the future if you’re aware of what a narcissist does after a breakup. Additionally, at this stage hiring the help of a counselor for the maintenance of your wellbeing is absolutely necessary if you want to deal with things wisely. 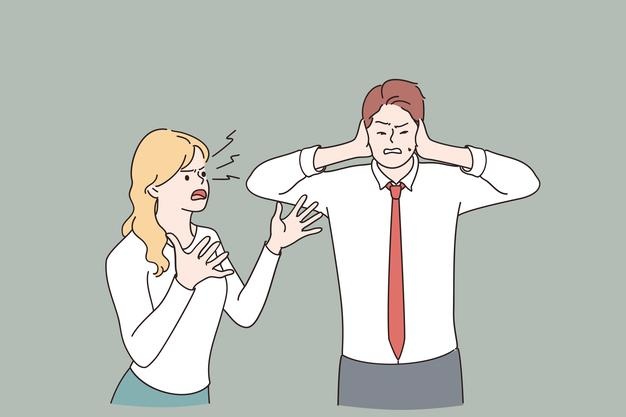 The biggest takeaway from this article is to keep your eyes focused on your goal; being as far away from a toxic ex-flame as you can. Their timely affection can intoxicate you for a quick moment but they won’t shy away from making things worse later on. The most important thing is to keep the people you can count as close as you can for emotional support. Talk with a counselor to cope with this transitional phase towards singlehood. Additionally, this pleasant change in your life can also help you reestablish some new boundaries. Consequently, you can avoid tracing your steps or running into new people with narcissistic tendencies.