Love-Hate Relationship: 9 Signs Indicating You Might Be Trapped In One 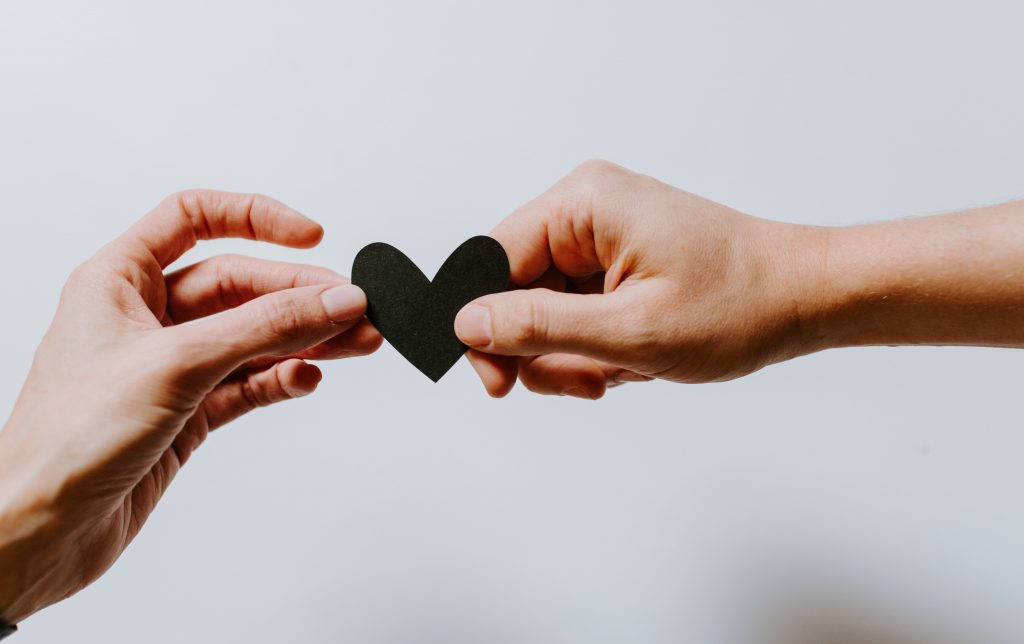 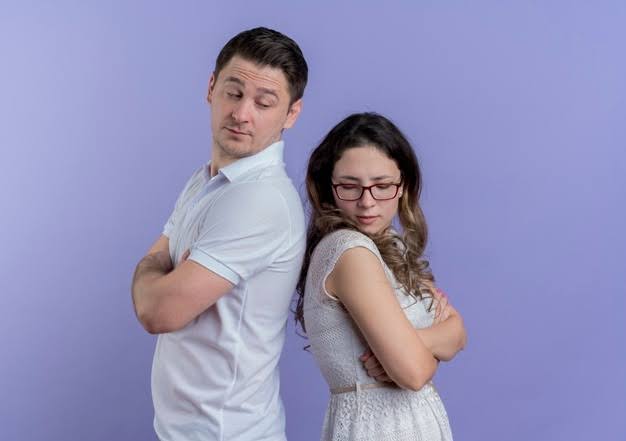 Going into a relationship with an open heart, people tend to expect the best. It’s totally up to each partner’s behavior and luck, whether or not that relationship will thrive. In a few peculiar cases, that relation does thrive, but for the worse. At the moment we’re referring to those relationships where one stays for the “love” yet “hate” has its own damaging role to play. Love-hate relationships aren’t as much of a foreign concept anymore. We’ve all seen some literary and cinematic representations of this phenomenon. Thus we’re partially aware of its presence. Yet, one must be thoroughly aware of the signs and reasons behind the creation of a relationship dynamic as toxic as this. Firstly, if you’re actually in a relationship like this, you’ll be more likely of recognizing the problem if you know the key signs. Secondly, knowing the reasons behind love-hate relationships can save you from a future relationship featuring similar dynamics. Now let’s take a look;

I. 9 Signs Of A Love-Hate Relationship

Thus creating the manipulative image of a perfect relationship where both partners are getting what they desire. On the contrary, in the hate phase, both partners can’t seem to stand each other. They’ll always find a way to find issues in each other and in some of the most minor things. If you’re in a relationship where there’s constant anxiety as to when the table will flip and some problem will arise between the so-called love birds, it’s probably a love-hate relationship.

A much obvious sign of a love-hate relationship is the constant comparisons you make. You appreciate your partner’s sincerity towards you but you can’t seem to get over their laziness. Every time you come across an influencer couple on holidays you just can’t seem to get over how perfect they appear. Then again you compare your relationship and partner to those specific people. You resent your partner’s lackings but at the same time, you love them. That’s how a relationship rolls in a love-hate dynamic.

Isn’t there always a couple in our circle that’s going through constant separation loops. It’s hard to tell when they’re together or separated. As soon as the news of their patch up spreads around, they break up once again. These constantly on and off relationships ate probably the ones that can qualify as love-hate relationships. As soon as conflict begins to rise the couple separates. Meanwhile, when the intensity of that conflict and the anger wears off, that particular couple takes the good parts of that relationship under consideration. Thus, they get back together once again until the next part of the loop arrives. The toxicity in such a relationship dynamic is unfathomable and the textbook sign of a love-hate relationship.

4. Your Friends Are Probably Tired Of Your Consistent Bickering

The couple in a love-hate relationship talks less with each other as compared to the bickering session they have with their friends. Where do you go when you want to take out your frustration regarding a significant other? To your friends! One of the most obvious signs of a love-hate dynamic would be; how constantly you complain about your boyfriend/girlfriend to others.

It’s always something that you resent about your partner but you can’t say it to their face. Thus you speak with your friends behind their back to let out the anger you’re withholding inside you. Of course, it brings relief to your soul once you’ve taken out what you’ve been keeping inside you for so long. But how is this pattern benefiting you or your relationship? Once again it’s a love-hate relationship awaiting impending doom.

5. The Thrill & The Negativity

In few cases, it’s the thrill of a relationship that ends up escaping through toxic means. Some couples unconsciously bicker so when they return to each other the honeymoon phase can give them the thrill they desire. A love-hate relationship thrives on the thrill. Even when you can’t stand your partner or absolutely hate their guts, you’ll find yourself worrying about them. You’ll hate your partner, but you love them enough to think about them constantly. Additionally, it’s the thrill of “the ultimate reconciliation” that makes you forget the conflict that had arisen between you both.

6. You Can Forgive But You Never Forget

Infidelity is one of the top contributors to breakups. Sometimes couples are able to work their way through it. Consequently, they figure out a way to live a healthy future by opting for forgiveness. On the contrary, not all couples that move past infidelity have the tendency to enjoy a healthy relationship. Sometimes the partner that has been cheated is able to partially forgive but unable to forget the emotional turmoil they faced at the hands of a s/o. Similarly, some partners stick around for their cheating partners just because they’re afraid of losing the one person they’ve adored for so long.

This pattern creates a relationship charged with both love and hatred. Sometimes things seem to be going great until the partner that got cheated on decides to avenge themselves with hurtful jabs. You’d want to leave the one who wronged you, but you just can’t seem to have the emotional capacity to do so. Folks, that’s what love-hate relationships are all about.

In a healthy relationship, both partners feel more at home with each other. Of course, there are some ups downs but through a stable relationship dynamic, they’re much more grounded. Each partner understands the other partner’s expectations regarding the future of that particular relationship. Thus, it leaves no room for insecurities or jealousy.

The trajectory of a relationship is marked by blurred lines. If you’re in a relationship characterized by constant breakups and bickering you’re less likely of picturing a future with each other. It gives birth to insecurities so you’re properly you’re in a love-hate dynamic with your partner. Both partners never share whether or not they’ll have a more stable future with each other due to the constant tugging towards hate and love.

An emotional connection is never to be mistaken for passion. Total strangers can be passionate with each other but rarely are able to build an emotional bond. If you’re worried that you might be involved with someone in a love-hate relationship take a great look at the emotional bonding you both share. Now question yourself; can you love your partner unconditionally? Even if they don’t let go of the traits you despise the most, can you prioritize them?

If the answer’s no, once again it’s a love-hate dynamic. If there was an emotional bond between you and your s/o in the first place, you’ll be willing to let go of any meaningless and harmless concerns regarding their traits. You’ll do it for the longevity of a relationship, but the disapproval you have about them always gets in the way.

9. You Love Sweeping It All Under The Rug

The element of hate in a love-hate relationship usually arises from undealt emotional baggage. Instead of talking things out like normal romantic partners do, people dealing with this kind of relationship sweep things under the rug. That’s a huge giveaway if anyone’s looking for signs. That’s because the undealt baggage comes out in the form of verbal jabs, taunts, and displays of resentment. Your partner might be arguing about the unpresentable condition of your bedroom or something minor as a proxy for the huge fight you and her had last week. Cooperate conversations can be out of the question in such a toxic relationship dynamic. Thus continuing the continuous cycle of love and hate, where both emotions get a 50 50 ratio. 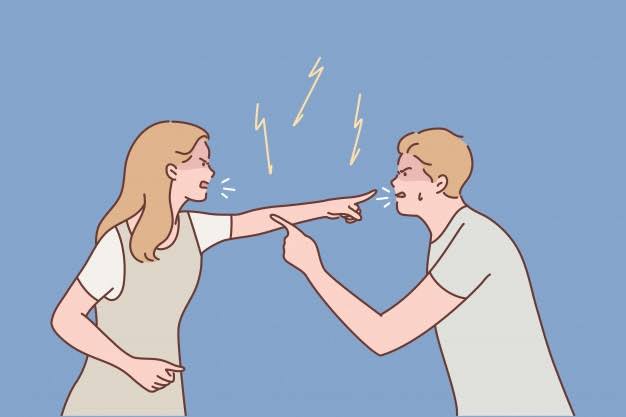 III. Love-Hate Relationships: Is There Any Hope?

Of course, you’re going to yawn when we’ll suggest that counseling can make a lot of difference. The role of counseling behind the sustenance of long-term relationships is no secret. Couples counseling sessions give you a professional perspective on your relationships. It can help you in;

A love-hate relationship might coerce you into wondering about the probability of a future. Your insecurities about your unstable relationship dynamic can get the best of you because you’re only human. Yet, the one way to keep the cat into the bag would be to talk things out. Talking things out does not mean holding a yelling session with your partner to remind them of all the mistakes they’ve made, vice versa. Choose a place of your choice and a peaceful hour to walk through things hand in hand. As great as the reconciliation after another tumultuous separation might feel, it’s just not worth it. Riding on the back of a toxic relationship no one can succeed in their personal life or professional career. Put your sanity above relationship drama and don’t let indecisiveness ruin a good thing you or your s/o have got going on.