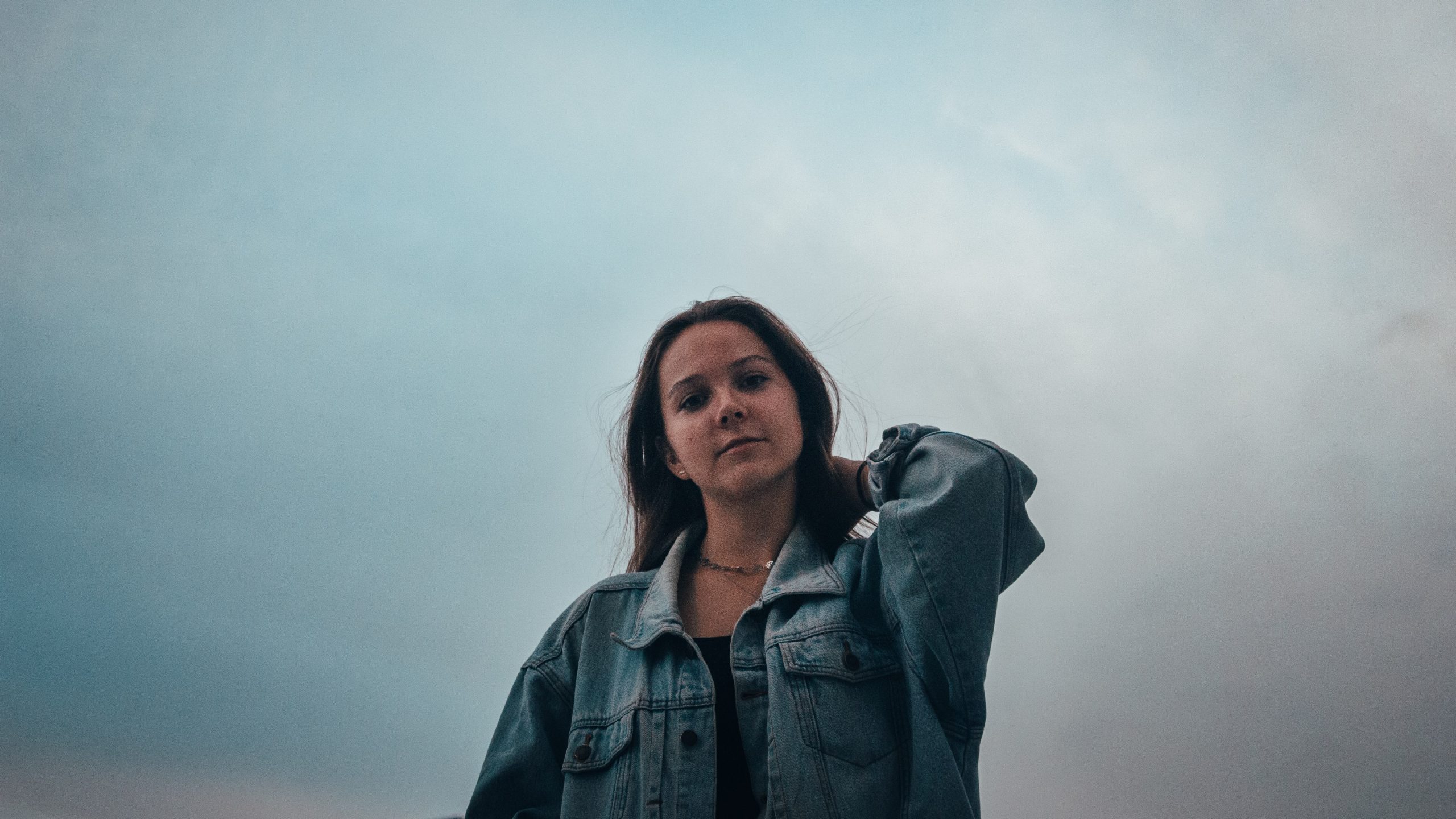 Every parent wishes to see their kids succeed in every area of life. If a child is great at sports, their parents wish that they hopefully secure a scholarship based on these skills. If their kid is academically succeeding, they’re hopeful that things will turn around for him/her career-wise. That’s the thing, in normal cases, these expectations tend to be more limited. On the contrary, in the case of golden child syndrome the expectations tend to be up a notch.

The golden child of the family has to be the poster child of perfection in every phase of life. Their only purpose is to fulfill the expectations of the ones raising them. It isn’t just the rush of success that fuels a golden child, it’s the need to appease parents and garner emotional bonding that coerces them. In short, a family unit that’s the victim of golden child syndrome carries extremely unrealistic expectations from the child in question.

How Does One Identify The Presence Of Golden Child Syndrome?

If you’ve ever spotted someone with the following innate habits, you’ve landed on the right spot;

Not being the chosen few and part of the flourishing economy can have some unnoticeable impact too. In short, in a few cases, poverty or having comparatively low social status can be seen as a contributor to the development of this syndrome. When the patriarchs of a household are unable to make things afloat, they divert their eyes towards the upcoming generation. So, what they were not able to do, will now be contributed to the long list of goals they’ve set for their kids. Additionally, if there’s a child that can be singled out based on his/her geniuses, then he gets to carry the load of everyone’s expectations.

Moreover, narcissism has a lot to do with how one raises their kids. When one or both parental figures have the constant need to be perfectionists they want to emulate the same thing in their kids. A narcissist wishes to be the best in everyone’s eyes. Thus what could be better than a well-behaved kid with a fantastic future career and academic success in both hands. One of the reasons why the golden child syndrome comes into play is only because the parents want to show off their child’s amazing achievements. 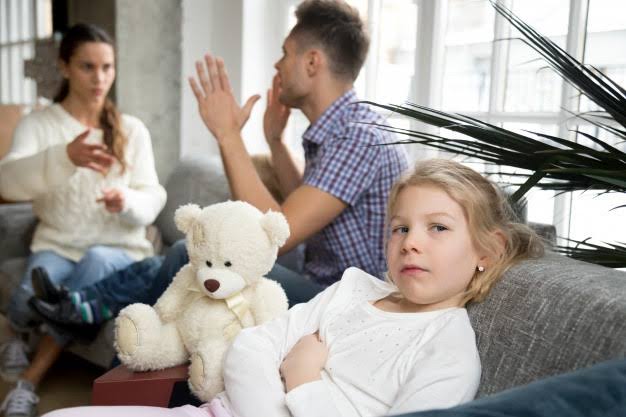 How Does The Golden Child Syndrome Affect A Child?

Special treatment at the hands of parents can make a child prone to innate separateness. It’s a recipe for disaster served with a side of an identity crisis. As they’re being treated differently than other children, they start feeling different as well. This sort of behavior at the hands of parental figures can adhere to various complexes in the child they’re raising. Consequently, leading up to bonding issues in the later years of their life.

Additionally, kids dealing with golden child syndrome struggle while trying to fit in school or making friends. The false assumption that they’re inherently different from other children can lead up to loneliness and the development of social anxiety. The problem doesn’t really end around schoolmates, acquaintances, or any other peers. Such children can even find it harder to bond with their siblings that don’t seem to be deserving of the golden child title by their parents.

Due to the needy nature of the parents, a golden child of the family is always bound by certain responsibilities. These responsibilities are usually very unreasonable considering how a child isn’t mentally prepared for such things at a certain age. It might include placing extreme curricular pressure on the child. As a result, the child gets deprived of playtime, co-curricular activities, and the healthy learning experience every other child gets to have at a young age.

This can impact the later years of life as the child in question grows up with the sorrow of missing out on so many things. One cannot always turn back time and get their chance at summer camp during vacations just because your parents deprived you of that back in the day. The fear of missing out can be extreme and result in extreme loathing towards one’s childhood and parents.

When you’ve all been at the top of the charts due to parental pressure, experiencing losses or defeat can really trigger you. Of course, getting a D in your college major might be a cause of shame for you. But the intensity of shame experienced by a golden child would be way worse. Such individuals are more likely to take even a minor defeat to the heart. They’ve always been valued by their family based on their success in academics or professional life. Thus, when that success fades away the fear of losing affection takes its place. Such bad experiences can really shatter one’s confidence levels and lead up to self-doubt.

The golden child of a family particularly never gets a say in the matters related to his/her life. From the get-go, parents decide the trajectory of a golden child’s life. Thus even before the child can start walking, the school and career have been pre-decided for him. Additionally, any other choices that could impact the financial and professional abilities are made by his/her guardians. For instance; where would the child go for schooling? What career/professional field should be the only thing on their radar? Their schedule for every day during academic years etc.

In the long run, these pre-planned choices and this pre-decided destiny affect the decision-making skills of a child. If you’ve never made a major decision in your life before you’re probably going to be very confused when hard times test you. You’ve never learned how to be opinionated and you always go with the flow according to your parent’s orders. Thus the lack of indecisiveness in one’s nature can be contributed to the way they were raised by parents.

Imagine, you’ve lived your entire childhood bound by the metaphorical shackles your parents placed on you. You were always supposed to be the golden example for every single individual bounded with your family. Of course, you’re going to have unfathomable stress on your shoulders even at a young age. Some kids even have developmental anomalies due to such circumstances and lack of care by guardians.

When you can’t talk about the things that bother you and seek help, you sought out ways to cope with the matter. These coping mechanisms do provide temporary relief from the mental anguish an individual’s young mind must be going through. Yet, its long-term consequences can be horrifying. Some of these coping mechanisms may include underage drinking or drug consumption, petty theft, excessive smoking, self-mutilation, sexual deviancy, etc.

Helicopter parenting is a way of extreme parenting. It involves parental figures being extremely involved in their child’s life in every way possible. This can result in diminishing the space that every individual deserves. There’s a common misconception about helicopter parenting; it’s only done on kids when they’re young. Helicopter parenting can last as long as it’s possibly allowed to continue and there’s no age bracket for it.

Of course, it’s great if the parents wish to be involved in their kid’s life. But, it’s absolutely atrocious if their involvement begins to suffocate their child and leaves no space for growth. When a child has lived with such overprotectiveness their whole life, they’re unable to survive in the real world. They always rely on others to make the choices for them and place little to no belief in their judgment. They struggle to find any romantic partners or friends to hang out with. Considering how they were never allowed to learn how to be social like other people that don’t have overprotective parents. Having to rely on someone else as an adult in social settings can cause extreme embarrassment, anxiety and diminish one’s own identity.

During the entire span of their life, a golden child is trained to serve the needs of their parents. They’re constantly striving to be the perfect poster child of the family that stands tall on both societal standards and amazing intellectual abilities. Thus it’s a never-ending fight to please anyone that has developed any expectations from them. When a person is raised that way right from the developmental stages of their life, their belief systems adopt these views for life. As a result, people-pleasing kids turn into people-pleasing teens.

Sooner or later they take their final form by developing into people-pleasing adults. People-pleasing tendencies can get you a little far professionally especially if we look at the way most workplaces work. Yet, its extreme impact on one’s mental health, stamina, and the emotional state can’t be neglected. When you constantly have the urge to please others you sacrifice your own mental and physical wellbeing. These tendencies can also cause a lot of stress and affect your ability to enjoy life. So, a golden child can only go so far riding on the back of this negative habit before collapsing with frustration.

In a lot of cases, narcissistic behavior can be innate but it can also develop over time with external stimulation. Someone who’s been spoon-fed with compliments their whole life might have quite a huge ego. Additionally, there’s a solid chance that they’ve never been criticized over any of their faults because of their perfectionist nature. Being the most admired person during your entire life sometimes turns you into a narcissist. Thus even when you’re blamed for your wrongdoings, you won’t be able to accept that you’re wrong. How could you be wrong when someone has never called you out on anything? Such narcissistic tendencies affect the way a golden child of the past behaves in intimate relationships and at workplaces. If things go south and these narcissistic tendencies don’t disappear over time, things take no time to blow over.

To secure a perfect score and emulate perfect behavior one has to work harder than most kids. Extreme success demands extreme efforts. This extremist behavior soon turns into a habit over the years. If the golden child was trained to work harder than everyone then he’ll turn into an adult that does the same even now. Extremism gives birth or other unhealthy habits like; overworking at shifts till late hours, missing out on important social events, not having a proper eating or sleeping schedule, neglecting one’s mental/physical health, giving work way more time than important relationships, etc. 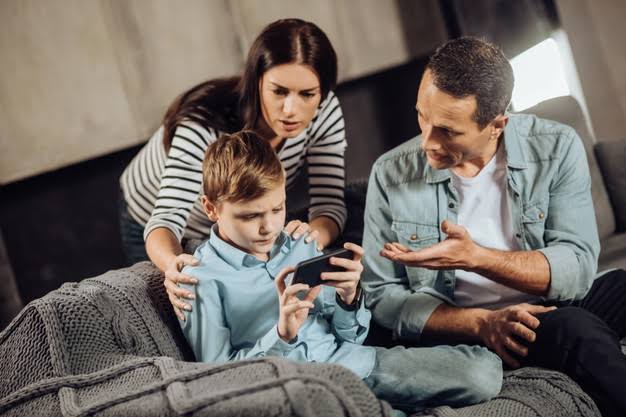 It’s surely hard to get rid of the habits and behavioral instincts you’ve gathered in the early stages of your life. But it’s not completely impossible with some professional help. Therapy has a solution to curb out most of the consequences of golden child syndrome. Talking to a counselor can help you understand how you can alter your compulsive need to succeed at everything. Apart from controlling your overcompensating nature, you can also devise ways to let go of your people-pleasing tendencies and unhealthy coping mechanisms. If the impact of these events in the developing years affects your future relationship, seeking individual therapy might be the best option.