Adult Temper Tantrums: 6 Strategies That Can Help You Cope Better 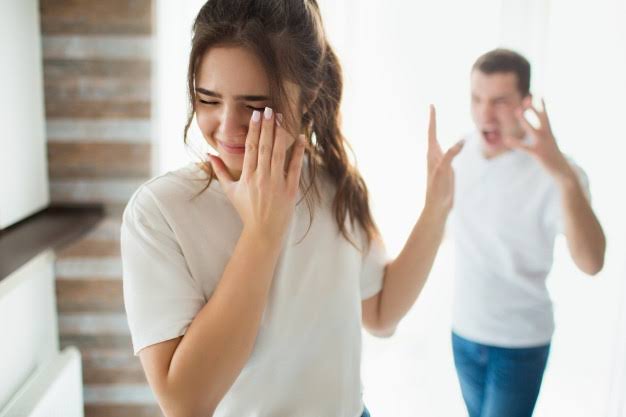 It’s more than likely for your infant to throw a tantrum. An infant’s unable to vocally or verbally address his wishes for you to understand. That’s why the only way he can show his unrest is by throwing a small fit, crying excessively, flailing around his limbs, etc. Of course, it’s more than normal for a child to do that but adults tend to do something similar as well. An adult temper tantrum is a form of emotional meltdown that is categorized by rage and emotional outbursts. Throwing an adult temper tantrum is a sign of distress and an indication that someone might be anxious about something. Under stressful circumstances, people tend to find it difficult to navigate their emotions. This lack of control then impacts the way they talk or act among others. While throwing a tantrum some people get more reclusive meanwhile others get more aggressive. For instance; breaking things around the room, shouting a lot, cursing or crying excessively, etc.

The Causes Behind Adult Temper Tantrums

Adults who have Tourette’s syndrome tend to struggle with rage attacks a lot more than other individuals. Sometimes there’s little to no objective behind these anger overloads or rage attacks as they’re solely motivated by discomfort. This syndrome involves sudden attacks of uncontrollable muscle spasms at uncertain timings. It can happen at any hour of the day while performing regular tasks. Thus it’s obvious why it can initiate public humiliation as well as irritation for the person who’s experiencing it.

Being On The Autism Spectrum

Individuals struggling with autism or any other disorder on the autism spectrum tend to react differently towards stress and sensory overload. When there’s a whole lot of information to absorb it can create an unusual amount of stress for someone who’s autistic. That’s why adults who have autism can have angry, emotional outbursts. It’s a sign that they’re simply overwhelmed by a situation that’s stressing them out. For instance; a certain change in routine can really trigger someone who’s living with similar circumstances.

Depression is often categorized by an unusual amount of sadness and hopelessness. Someone who’s going through a tough time like this is more likely of getting irritated by even some of the most minor things. Unstable mental health is among the leading causes behind angry outbursts because it can also cause physical unrest. In an ungrounded mental state, anyone’s less likely to show stable emotional responses. They can also find it harder to manage their anger and struggle at controlling their rage when greeted with minor triggers.

By now we’re all well aware that a guardian or parent’s parenting skills can greatly impact the adult life of an individual. Someone who tends to get enraged at even some of the most minor inconveniences can simply be a spoilt adult who once used to be a spoilt child. An unreasonable amount of pampering, lack of proper guidance, and boundaries can stay on with you even in your later life.

Adults who’ve never been reminded of their limits in their childhood can lose their cool at the thought of not being the one who’s consistently the center of attention. That’s why anything that goes against their wishes can enrage them and lead them into throwing an adult temper tantrum. 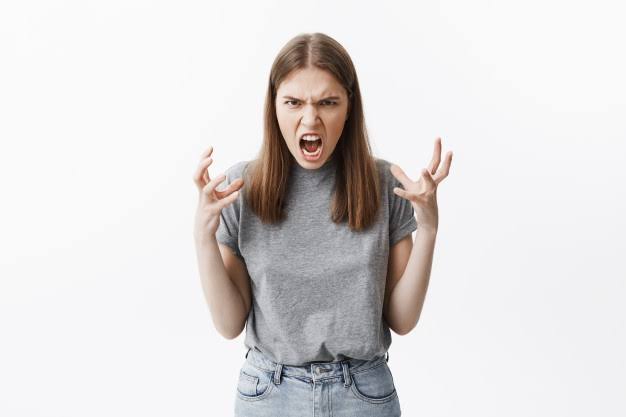 6 Ways You Can Cope With Adult Temper Tantrums More Ideally

Find A Vessel That Suits You

While throwing a fit you’re usually channeling out all the negativity you’ve been keeping inside you. It’s an unimaginable overthrow of toxicity, emotions, and aggression that’s coming out of you after being held in for too long. Perhaps the duration you’ve been keeping it inside you might even surpass a lot of months or years.

Thus one can only imagine how aggravating you must be feeling on the inside. Having a temper tantrum is your way to cope with this emotional distress you’ve been in. It’s the manner you’ve chosen to let out what you’ve been hoarding in.

So, wouldn’t it be better to find another more positive way that grounds you? Finding that particular mechanism that gives you the release you want totally depends on you. If you’re the athletic type then playing the sport of your choice can actually help. For instance; some people channel out their pent-up frustration on the tennis court or during a morning run. Meanwhile, for someone who’s not of that sort, meditation and yoga can be a great source of solitude.

In the case of adult temper tantrums, triggers are the people, situations, or circumstances that indirectly lead to rage or emotional outbursts. Thus finding out what triggers you can indirectly help you in avoiding an unfavorable situation. You can identify a trigger on your own or with the help of a counselor by sharing your history with temper tantrums.

Now, the question remains; how does one even identify these triggers? You can look into some common patterns that you’ve witnessed in the past and question the reasoning behind them. For example; do you usually have a temper tantrum after a hard at work and spending too much time in a stressful situation? Once you’ve recognized this trigger, you can find ways to avoid this situation and indirectly save yourself from embarrassing yourself publically.

Discover The Things That Calm You Down

Rage can be negated by something that has a calming impact on you. While throwing a tantrum you’re bound to get aggressive with yourself or someone else. Your heartbeat tends to skyrocket and in some cases, people often tend to hyperventilate.

Thus, in that particular stage, interacting with something soothing can really normalize your psyche and your body. Music tends to do the job for a lot of people. For instance; listening to classical music whenever you seem to be agitated can really create more of a positive atmosphere for you.

Another great alternative would be meditation as it grounds you mentally. Some other great options would be, journaling your feelings, painting or sculpturing, listening to ASMR or calming sounds,  taking a long walk on your own,  trying aromatherapy,  taking a nap, etc.

Seeking professional help for anything related to your emotional and mental well-being is absolutely necessary. There’s only so much you can do by following advice from someone you know or by reading literature on your condition. What you really need is the support of someone who specializes in this field. This talking to a therapist or seeking counseling can be the next step once you realize there’s an undealt issue. Talking to a therapist ensures that you can pin down the blame on a particular reason.

For instance; some adults tend to throw temper tantrums because of something significantly traumatic they encountered in their childhood. While engaging in regular sessions you and your therapist can come to a conclusion as well as devise plans to cope with adult temper tantrums. A mental health professional can devise more positive coping mechanisms as compared to the negative ones you’re more likely to try; alcohol or drug consumption, taking out aggression on family members, etc.

The Power Of Visualization

While standing in an environment that tests your emotional limits, you’re more likely to struggle with temper tantrums. Some great examples would be; a household with economical problems, a workplace where there’s a lot of pressure on you, an extremely codependent relationship, etc. While you’re on the verge of reaching your breakpoint, try visualizing a happy place. Visualization can greatly calm you down and automatically place you in a setting where you were much more emotionally grounded.

Focus on the sensory details this vision provides you and breath a little slowly. It can wear off a lot of anxiety and uplift your mood at the same time. Some great circumstances that work for a lot of people can include;

If you’re noticing the on-set on temper tantrums try to alter the circumstances just a little bit. For example, if you are in a social setting, about to have a temper tantrum, walk out of that particular room for a quick minute until you’ve calmed down. If you’re sitting on a chair in a room where people are arguing, go outside and take a walk on your own. It directs your attention to some other thing or some other topic by creating a diversion. Keep a pen and pocket journal with yourself to express whatever bothers you in a more personalized manner instead of keeping things inside. Drink a glass of water and settle down in a position that makes you feel more at peace. If someone else seems to be causing unusual amounts of anxiety, create some distance between you and them. Let them know that you’re finding it harder to cope and they need to back off.

Sometimes it’s absolutely impossible to distance yourself from the person you love the most despite the trouble they’re causing you. In ideal situations, if you’re around someone who refuses to seek help for their temper tantrums you should draw some boundaries. Taking a chance once or twice can be the good thing you do for their sake but the third time around you should protect your own sanity. If there’s even a hint of recurrent abuse stemming from your loved one’s rage, you shouldn’t stick around.