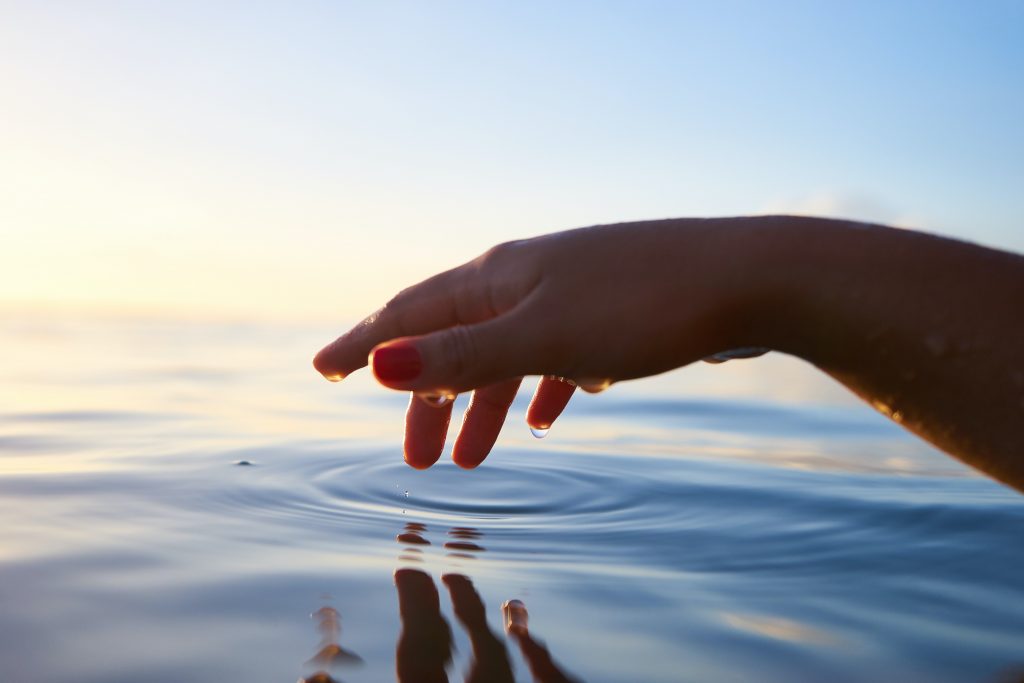 Aren’t we all afraid of losing the people we love? It’s a natural instinct. The fear of parting can make you act in ways you simply can’t imagine. But, the temporary fear of someone parting from you isn’t meant to be mistaken as having abandonment issues. The chronic fear of abandonment is a constant state of anxiety one experiences in reference to separation. Someone with abandonment issues can either build walls around them to avoid emotional damage in the future or turn overly protective to avoid heartbreak once again. Their history usually seems to be the cause behind these extreme measures and ends up affecting the chances of having a successful relationship in the future.

6 Indicators Of Abandonment Issues In You Or Someone Around You

Inability To Completely Open Up

If you’ve been romantically linked with someone with abandonment issues, their inability to completely speak their heart might always affect the stability of your relationship. Someone who’s been abandoned in the past is extremely likely to have trust issues. This inhibits their ability to share how they’re feeling or how they’ve been feeling. It amps up their ability to keep every little thing about them as a huge secret. Not only this, having trust issues makes it impossible for them to be completely intimate with another partner.

The fear of being judged or being abandoned because of a personal belief, inner turmoil or preference might make them a shell of a man. For instance; a partner who has abandonment issues might not want to talk about their troubles with you fearing you’ll leave them because of their emotional baggage.

Children who’ve been abandoned by a guardian may show signs of abandonment issues in some very noticeable ways. They often struggle with separation anxiety and can’t help staying away from their parents for long intervals. Such children like sleeping with their parents, fearing the worst can happen when they’ll be alone. They might exhibit signs of jealousy towards another kid if he/she is engaging with their parent.

Losing someone to another person or because of a distinct reason can make some people overprotective. The fear of losing something great once again and being alone yet again can make some individuals very territorial. Undoubtedly, jumping off personal boundaries and invading someone else’s privacy, no matter how intimate you are, is a big red flag. A person with abandonment issues might be extra on the edge because they might be fearing infidelity from your end.

The alarms ringing in their head might seem unreasonable to you but their fear pushes them to keep eyes on you at all times. Thus, keeping tabs on your social media activity and the people you socialize with might become a habit for them. This I another huge indicator of a person who just cannot let go of the bad experience they had with another person.

One of the most noticeable red flags is someone’s consistent efforts to be another person’s favorite. These people-pleasing antics might include; pre-planning things according to another person’s wishes, etc. Being a people-pleasing person doesn’t always have malicious intent behind it. Sometimes it’s a personal history that makes people more inclined to do that.

For instance; You can even go so far as doing their little chores and find any way to provide them comfort.

Pretending To Be A Wallflower

Although we’ve already talked about it from a romantic perspective, it’s necessary to understand that in platonic relationships the lack of trust might be very visible. We can further elaborate on this by taking the example of someone who’s been in the foster system for very long. If you’ve recently adopted a child who has had many runs in the foster system, they might also have abandonment issues. A child’s inability to share their happiness, fears or something as casual as their day-to-day activities can indicate their lack of belief in you. Being abandoned by other guardians in the past has made them believe that there’s no point in behaving like they’re part of your clan now. Thus, they’ll quite possibly try to be less emotionally reliant on you because of their trust issues. It’s almost like a defense mechanism they’ve adopted to numb down the pain of getting left once more.

Lack of self-esteem is highly noticeable in someone with a history of abandonment. When you’re so harshly left off by a person you loved, you always try to find a reason behind that. As humans we tend to be overly critical about ourselves, that’s why we are always our first target of that ongoing investigation. Having a history of abandonment from childhood can have an even more destructive effect on an individual’s personality.

The idea of being left off by your own parents can turn anyone into a self-hating individual with an immense lack of self-esteem. That’s why if you are looking for signs; you’ll have to come across someone who’s always feely iffy about themselves. Whenever someone compliments that particular individual, they tend to be in disbelief. Furthermore, that person’s usually never satisfied with their personality, appearance, or performance. Their insecurities stem from the fact that someone else never considered them perfect enough to stick around with.

Being Self-less To An Extreme Extent

People with abandonment issues Are highly likely to withstand abuse from a guardian or romantic partner. The fact that they’ve either been alone for a very long time or have been left off by someone they loved makes them more prone to this dysfunctional response. They simply don’t wish to go through the same pain they once went through that’s why they try to find every reason to make things work out.

Being an extremely selfless person with no qualms of their own is a part of this process of self-deprecation. Someone with abandonment issues will also try to alter their personal choices and shape them according to the personality of a person they want to stay together with for a long while. For instance; The fear of being left off by a group of friends because of a “different” opinion can turn you into someone like this. You’ll try your best not to stand out and displease another person because you don’t wish to be parted from your clan.

Casual dating isn’t that much of an odd thing. Yet, it’s a negative coping mechanism for someone with abandonment issues. Fearing attachment with a single person, an individual like this will try to attract the wrong crowd. They’ll go as far as destroying any chances of having a long-term relationship just because they trust someone enough. Their low self-esteem can coerce them into taking self-destructive steps and destroying their own relationships. 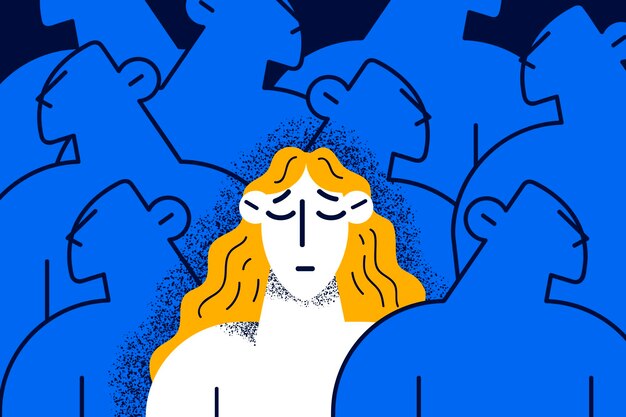 Why do abandonment issues arise?

Families often get torn apart as a result of domestic abuse, divorce, etc. In any case, children tend to be more affected by the seriousness of the situation as they’re already in their developing stage. In a situation like this one of the guardians often disappears from the picture leaving a child extremely confused. Another commonly found scenario of a dysfunctional childhood might be; living with parents that are never present for important occasions, being put up for adoption by your own parents at a young age, having estranged parents that don’t put in efforts to raise you, etc.

Heartbreak tends to stick around and sometimes it can corrode you from the inside. Getting dumped by an intimate partner can shatter your belief system and inhibit your ability to trust someone else once again. Consequently, someone with a bad dating history can deal with abandonment issues in the future. This issue isn’t limited to romantic endeavors, platonic relationships such as; broken friendships can give birth to abandonment issues.

In some cases, grief tends to stick around longer than expected. The death of a guardian, family relative, or friend can instill a lot of sorrow in some people. Over time this sorrow can take the shape of anger and confusion. That’s the thing, people process grief associated with someone’s death differently. Sometimes the passing of a close individual can make some individuals feel like they’ve been left alone in this world as they have no one else to turn to. Abandonment issues arising from the death of someone close can be more noticeably seen among kids. For instance; a child who’s been orphaned at a very young age is more likely of having abandonment issues even at an older age.

How To Deal With Someone Who Has Abandonment Issues?

If you have a partner, friend, adopted child, or another close individual who’s struggling with abandonment issues, then you might have to slightly alter your responses. The way you behave or respond to their random outbursts can really worsen the situation and amplify their fear of abandonment. Here’s how you can offer your support; 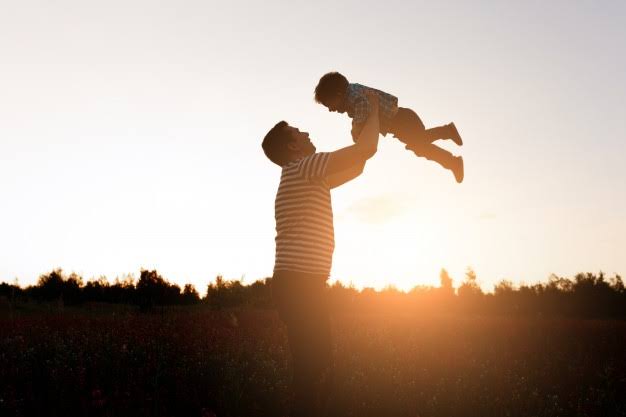 Abandonment issues can’t be fixed in a few days. Apart from getting professional help, the person in question must be taking some self-care measures. Try to surround yourself with the right kind of people that won’t leave you and shatter your trust system in a single go. Chat with a counselor regarding your struggle with self-esteem and find coping mechanisms that can help you get back in shape. Your future relationships depend on your healing status. So, take your time to heal before you step into something else.