How Long Do Depressive Episodes Last? 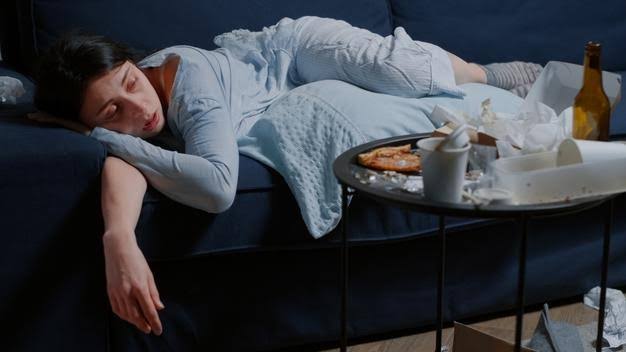 Depressive episodes can cause a sensory meltdown and diminish your ability to swiftly perform so many functionalities. Residing with someone who’s going through a depressive episode is an extremely tricky thing. Their recovery partially depends on the interactions you’re holding with them. Consequently, you’d want to be extra careful about how you act or talk around them. According to a survey;

Nearly 7% of adults in the United States experience at least one major depressive episode each year.

Dead Giveaways: 12 Signs You or Someone You Know Could Be Having A Depressive Episode

6 Ways You Can Effectively Survive A Depressive Episode

Commence On Your Self Care Journey

Your self-care journey shouldn’t begin right at a critical moment. Instead, maintaining a lifestyle that’s better for your overall wellbeing should be in practice right from the beginning. In this way, during a depressive episode, you don’t struggle with burnout or look for ways to soothe you down, they’ll already be in practice. Being in denial about your depression and its symptoms goes against your self-care journey.

Acknowledge its presence and then take steps to reduce its impact. You can keep a chart to regularly analyze your mood and emotional highs/lows. Rate your everyday mood based on the positive and negative energy you are experiencing that day. If the bad days are starting to dominate the good ones simultaneously, then don’t take your chances.

If you’re taking time off to relax you can overpower any depressive episode. Don’t panic and take on more tasks. Even though it might seem like taking on more workload or house chores would make you stronger, the reality is quite against that. Use your time off from responsibilities to charge your spirit with positive energies. Eat well, drink well, carry out plenty of exercises and surround yourself with the right kind of people.

Although a treatment plan and pharmaceutical drugs can alleviate the symptoms, depression can never entirely diminish from one’s life. Depressive episodes come and go ever so often which is why accepting their presence can open doors towards healing. During each episode, it’s normal if you feel like this would be the end of you. It’s a tiresome experience that will try to squeeze out every inch of hope from you. But accepting the onset of depression as an episode will make you accept the fact that this won’t last forever. In due time, everything will return to its normal state. So, hold conversations with yourself and analyze the way you view your mental illness. Reassure yourself when you get overly frustrated and angry during depressive episodes because only then you can tolerate these temporary woes.

You’ve Got To Reach Out

Suicidal thoughts can be quite the norm during a depressive episode. You’ll be amazed to witness how even the smallest inconveniences can send you spiraling down into a dark hole of despair. When you find yourself requiring some emotional support lean on the people you consider the closest. Furthermore, reach out to your therapist in due time to discuss how you might be struggling with suicidal tendencies. In dire circumstances, keep the number of a national suicide hotline in your reach. Talking to a representative of such hotlines can be of great help until you get in touch with a mental health professional.

There’s nothing much scarier than breaking your happy streak. If you haven’t had a depressive episode in a while, you might be feeling more strong and emotionally grounded as compared to the past. It feels good to be living in the moment like other folks around you when that ting of sadness doesn’t haunt you 24/7. That’s why it’s so hard to not panic and to accept the fact that you’ll have to go through it all over again. This is the most critical point of a depressive episode. At the very beginning, you must compose yourself emotionally and fight the urge to have a meltdown.

Panicking at this very moment can take away the strength you have inside you. Lean on yourself and the people close to you for support instead of abandoning all hope. Manifest a much calmer future that awaits you after this episode ends. Vocally announce to yourself that you’ve got everything under control and you’ll survive these tides. You need to be more composed instead of a panicked one to consider helpful resources and healthy coping mechanisms.

Alter The Definition Of A Depressive Episode

How do you define depression? Perhaps you might view it as a personal defect like others in the same situation as yours do. It’s so tempting to pin the fault on yourself. It can be quite tiresome when you can’t interact, socialize or live your life as smoothly as people who don’t have depression. That’s why you’re extra hard on yourself because the entire experience is just so frustrating. Depression is an illness just like any other physical illness you might’ve encountered in the past. So instead of viewing it as a personal flaw, view it as something you had no control over like any other common cold or flu. Keep a journal entailing all the positive parts of your life. Keeping things like these around you in advance serves as a reminder of the things you’ve archived despite having a life-altering illness.

Settle down, and take a walk down memory lane. If you’ve had plenty or even a few depressive episodes in the past, jot down the things that caused your symptoms to flare up. For instance; some individuals feel that being in a hectic or perhaps toxic environment triggers them real bad. Similar is the case for those whose depressive episodes often stem from overthinking about their lackings. Once you point out these triggers on your own, you can catch yourself in the act. Additionally, you can take measures to avoid these triggers or talk to a therapist in due time before a full-blown depressive episode.

How To Help Someone Going Through A Depressive Episode? 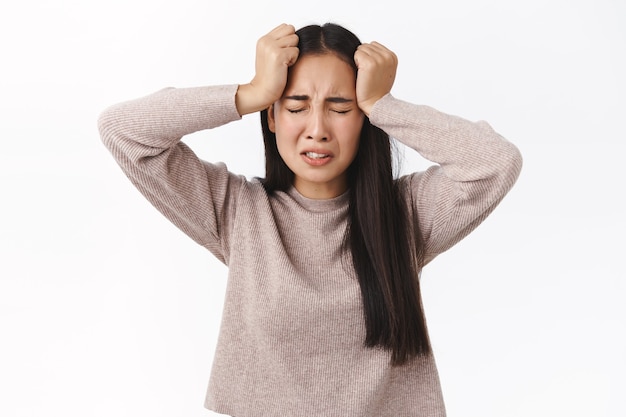 If you’re struggling with a depressive episode, don’t struggle in silence. Don’t let this illness overpower you because the symptoms will soon fade away with a decent amount of self-care and professional help. If you or someone you know is struggling with suicidal tendencies do not shy away from contacting relevant authorities. You’ll be your partner, friend’s, or guardian’s biggest cheerleader during a major meltdown like this. So, carefully reconsider your words and your actions before they land out in the open.