What Is Quiet Borderline Personality Disorder? 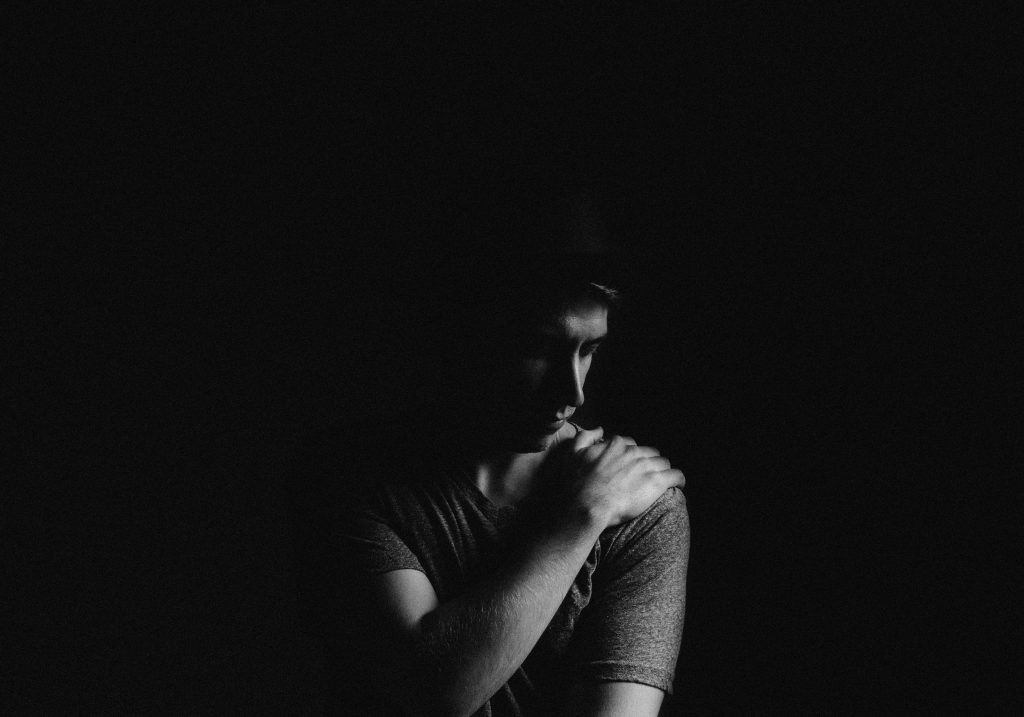 How Are BPD & Quiet BPD Different From Each Other?

Quiet BPD isn’t a separate subtype of the personality disorder in question. On the contrary, the people who have it are just the ones that don’t fit the general criteria or the box assigned to a BPD patient based on his/her symptoms. Someone who has quiet BPD would of course have BPD but their symptoms might slightly vary from the typical profile.

Here’s another interesting fact, quiet BPD also gets referred to as high functioning BPD. The reason behind this is that people who have it seem to be coping with it perfectly but are actually struggling nonetheless. Someone diagnosed with borderline personality disorder is much more likely of having violent outbursts and publically showing their turmoil. Whereas someone struggling with quiet BPD would be more inclined towards keeping his/her struggles on the inside, hence the name “quiet” borderline personality disorder.

The High Likelihood Of Self-Criticism

We’re all judgmental in one way or another which is why our disappointment in certain situations manages to get the best of us sometimes. Haven’t we all criticized or blamed ourselves for the trouble that we faced? But, what needs to be noted here is that this need for self-blame is much more intense in people with quite BPD. Individuals who have quite BPD handle their losses and grievances in a more emotionally intense manner.

Thus, it’s way easier for them to make themselves the troublemaker even in situations where they were innocent. This sign of non-existent compliance also leads to grief and guilt. The grief stemming from the belief that you have done something wrong can linger on for weeks. Consequently, such individuals are very much vocal about how awful they feel for what they might’ve done and how they don’t deserve love or affection.

The emotional ups and downs faced by someone in this context can make them more susceptible to extreme reactions. Thus even the least bit of extreme circumstances can seem earth-shattering to such individuals. It almost feels like the guilt or sadness you have is eating you alive. This is why it’s common for people with quiet BPD to engage in self-harm or self-deprecating behavior.

Some common instances would be cutting or self-mutilation to punish yourself for a mistake you’ve made. Some might go as far as landing themselves in dangerous circumstances just to take out their frustration on themselves. Another noticeable antic would be starvation which can ultimately end up taking the form of anorexia or any other eating disorder.

There Are No Grey Areas For Them

Their inability to be emotionally grounded makes them take intense situations without even realizing the consequences. A usual individual would be more likely to discuss a matter that causes a rift between him and a friend. On the contrary, a person with quiet BPD will choose the unprecedented way out and cut them off entirely. The situation is either entirely white or entirely black for them and there’s no room for grey areas. It almost feels like a never-ending game of mood swings when you don’t know what to expect from them.

Borderline Personality Disorder can often instill the feeling that you’re the odd one in a room full of people. This is a feeling of dejection that might not actually be caused by other people’s behavior. Instead, it’s deep-rooted in the belief that you’re not enough or you’re the black sheep everywhere you go. When you feel like you don’t belong anywhere, it’s easy to get disenchanted by anything that others might find pleasing.

A person who has quiet BPD would much likely disassociate and be mentally absent even when they’re physically present. It almost feels like they’re actually not real but viewing themselves from a third person’s perspective. This is once again self-sabotaging behavior as your distorted thoughts resulting from BPD make you believe you don’t deserve to belong to others.

Someone who’s living with quiet BPD will try their best not to make a situation sour at their expense. Their people-pleasing antics can start with something as simple as doing chores for someone they’re emotionally attached to and then

end with an extreme situation. These people-pleasing antics can go as far as landing them in dangerous circumstances. For instance; continually allowing yourself to be degraded or disregarded by another person just because you want them to stick around with you.

Trying Hard To Fake Things Up

Someone who’s dealing with this disorder always feels the urge to save face publically. They feel unsafe in this world, and find themselves crumbling on the inside due to low self-esteem but try to look calm on the outside. You’ll notice how the unrest they’re feeling through their actions and their intense need to be in control just to feel less anxious. Someone like this can try to go so far as to hide their stress that they’ll mentally retreat instead of letting it all out.

Quiet BPD is a tricky subject and spotting it in someone you know might confuse you, to say the least. That’s because on one end someone who has it can get easily fixated on a person. Yet, on the contrary, he/she can quite possibly have the fear of rejection which coerces them into a non-committing individual.

The fear of being rejected scares a person like that from being emotionally intimate with another person. It becomes way easier for them to push others away when they demand commitment or a long-term bond. In addition to this, their distorted view of things can push them into taking normal conversational more personally. The fear of commitment becomes even stronger when they read too much into the things you say and start assuming the worse.

In simple words, being thick-skinned isn’t a trait you’ll find in someone who has a quite borderline personality disorder. They usually take lighthearted jokes seriously whether they’re directed at something funny about them or not. They’re already struggling with self-deprecation and feel hostile towards themselves, that’s why someone else’s sarcasm or harmless joke takes an extra toll on them.

Lack Of Momentum When It Comes To Emotions

It’s commonplace for someone who has quiet BPD to struggle while managing normal emotions. Any emotion whether its rage or sorrow needs to be experienced within its limits as it’s a sign of being emotionally grounded. An individual who has quiet BPD can quite easily develop anger issues. They express these suppressed emotions through violent uproars or by taking it out on others verbally.

Often times this management of emotions occurs because they don’t consider any of their feelings valid and try to hide them for as long as they can. In addition to this, individuals who have quiet borderline personality disorder can become emotionally fixated on an object or a person. From afar, this behavior may seem very odd to others but to them, that particular object or person is their sole emotional support.

Therapists/mental health professionals usually rely on Dialectical Behavior Therapy (DBT) and Schema Therapy while treating patients with quiet BPD. DBT as a therapeutic approach was specifically designed to target personality disorders. While pursuing this as a treatment plan, individuals seeking therapy are exposed to various mindfulness techniques that help them manage distress and coerce them into speaking up more often about their emotions. Another successful treatment approach is a psychodynamic therapy named Mentalization-Based Therapy.

This treatment approach improves an individual’s ability to perceive the impact of their actions on events. The purpose behind seeking therapy in this context is to become a less emotionally volatile individual. Thus, the treatment plan your therapist opts for generally relies on the way you perceive matters and the intensity of your symptoms.

Coping With Quiet BPD: How Can I Help Myself Or Someone Else?

We’re all our worst critics, but imagine if it was the opposite? Gas yourself up with positive affirmations every day. It makes up for all the self-deprecating things you’d be unconsciously doing due to your personality disorder. Keep positive affirmations in your bag reminding yourself that you’ve got everything in control and there’s nothing wrong with you. This is especially a great coping mechanism for those that struggle with the urge to self-harm or commit something intense due to their BPD.

Sound Out The Possibilities

Before you jump to conclusions catch yourself in the act. Look for multiple suitable answers that could nullify the things you’ve just assumed. For instance; if your boyfriend has bailed out on a date with you, instead of cutting ties grab a pen and paper. You need to sound out this entire experience by thinking of various reasons why your boyfriend must’ve unwillingly left you hanging. One possibility could be his workload, or perhaps he was too exhausted to make an experience. Doing this little exercise when you’re in distress prevents you from taking emotionally volatile decisions and makes you look at the flip side of the coin.

If someone close to you has quiet BPD you might be witness to their troubles quite often. They tend to assume the non-existent aspects of a topic and become emotionally volatile which can be frustrating for the ones around them. When you do find your patience hanging on by a thread avoid making any ultimatums or threats to that person. For instance; if your partner’s quiet BPD has been affecting your relationship you can’t force them into choosing treatment or miraculously getting better. Some spouses go as far as threatening to divorce their partner who has quiet BPD or taking away the kids in a legal custody battle.

This is a great tip for those who have a sibling, parent, or partner unwilling to accept that they have a problem. It’s exceptionally hard to accept the fact that you have a personalized disorder because your actions seem so normal to you. Trying family therapy with that clueless individual might be your best shot at getting them professional help. While attending sessions with a family counselor you and your partner can discuss various instances where your partner might’ve shown symptoms of BPD. A counselor is much more equipped to gently coerce your partner into a treatment plan. So, do give family counseling a shot.

Be more sympathetic and envision the emotional state of someone with quiet BPD before you spew any harsh words out of frustration. Verbally validating their feelings might get them into talking about their emotions once again. Their fear of commitment and intimacy isn’t your fault. It’s rooted in the personality disorder they have. So, take time to cool off if you wish to stick around with them for long. It’s going to be a bumpy ride but with some emotional support, empathy, and the right treatment plan things will be under control.