What Is the Opposite Of Anxiety And How Do I Achieve That State? 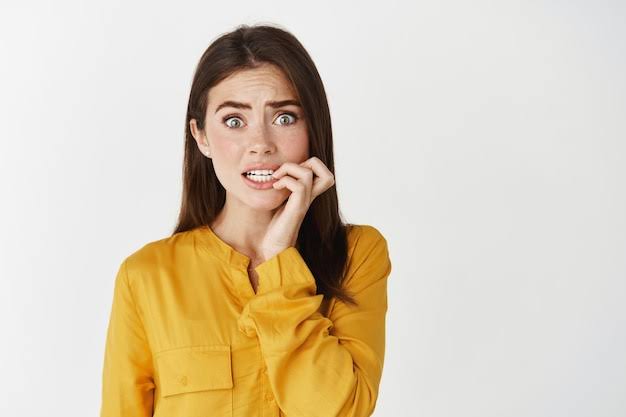 Anxiety is a word that has been the target of overexposure during recent years. Thanks to various modes of media, people have a general sense of what anxiety is and how it can be categorized. Yet, the term gets thrown around with way too ease. So, before we proceed, it’s important to rectify that anxiety isn’t meant to be mistaken for mild nervousness or fear.

Anxiety is much more than that and the repercussions of having this disorder can be way severe. Someone who struggles with general anxiety, social anxiety, or any other kind of anxiety would probably find the situation synonymous with; deep unrest, lack of contentment, or feelings of extreme uncertainty. This one word holds, a plethora of negative emotions. So, one can only wonder what’s the opposite of anxiety? Before you find a way to get to the other side, you should at least know what’s it like.

A mental and physiological state opposite to anxiety can be categorized with; lots of mental serenity, self-assurance, deep contentment, and lack of nervousness. A mind that’s not stuck in limbo because of anxiety, would not mistrust even the least threatening situation. Additionally, in a situation free of anxiousness, one’s more likely to be self-assured and emotionally grounded.

Living With Anxiety: It’s Okay To Not Be Okay

Sometimes the circumstances are absolutely against us and sometimes our brain chemistry gets the best of us. No matter what’s the intensity of your symptoms or what kind of anxiety you’re struggling with, one thing stands universal. It’s okay, it’s an acceptable experience and your feelings regarding your experience with anxiety are absolutely valid.

You don’t deserve to live with the embarrassment or shame one becomes the target of due to anxiety. It’s surely a taboo topic to discuss and perhaps for years to come, it’ll remain one. Yet, one can begin charity at home by making the whole experience more personally acceptable. You need to actualize the fact that you can’t have full control one some things and that shouldn’t affect your life the way one would expect it to. It’s okay to not be okay and you don’t anyone anything.

Opposite Of Anxiety: What Does Living Without This Debilitating Condition Feel Like?

Opposite Of Anxiety: Is It Possible To Acquire A Seamless Life Trajectory?

Here are some reasons that could be fueling your anxiety and some solutions that can help you escape those reasons;

As humans, we innately need approval. Whether it’s a child carrying out chores for validation from his/her parents or an employee doing overtime to stand out in front of his boss, validation offers us a strong kick. Like any other psychological or emotional need, limits do seem to play a huge role when it comes to validation. Emotional or psychological validation, when gone beyond limits, can make you feel your absolute worst.

The need to be miss goody two shoes in front of the person you aim to please can keep you on your tippy-toes. Consequently, you’re always in distress and deeply anxious while doing anything. When that special someone validates the actions you took or the dedication you showed, it provides you with the encouragement you need to thrive. Not going beyond limits and not having an immense need for validation is one of the many traits of a state beyond anxiety.

When you’re not chasing labels, or are in a rush to be the best for some praise you’re the sanest and mentally content. So, start by validating your actions and wins on your own. Don’t let every tom, dick, and harry get the best of you. Excluding the habit of finding father or mother figures in random folks might be a good place to start and enter a state that contrasts anxiety.

People who are generally more confident or self-content, tend to surround themselves with the right kind of people. It would be fool-some to neglect how much of an impact our environment can have on our self-esteem. For instance, some kids tend to grow up with parents who believe criticizing them from a young age will turn them into perfectionists in their later life. On the parents’ end, this is an effort to train their children for their upcoming life but it usually backfires as such kids usually grow up with low self-esteem.

If you’re constantly surrounded by friends that belittle you and drag you for days based on a minor error, then of course you’ll never feel calm or content. You know, that at any given chance, they’ll drag your name through the mud. Thus, you’ll be constantly anxious around them and in a rush to make everything seem seamless. Going back to the previous point, being around the right kind of people frees you from the need to chase everyone else’s validation too.

So, if you’re searching for whatever’s on the other side to anxiety, then you’re going to have to carefully pick the people you let into your life. Create distance, don’t shy away from building walls between you and the people that make you feel the most anxious oftentimes.

Only Fools Stay Stuck In A Limbo

Self-acceptance is the key to contentment and once you accept who you are, finding a way out becomes so much easier. Not accepting the fact that you might have an anxiety disorder is only going to make things worse for you. You’ll be constantly stuck in a loop of neglecting reality and being shocked at why you can’t socially engage the way others do.

Accept yourself and then align yourself with who you actually are. The next step is how life switched upon you and you turned into the way you are. How on earth would you locate the cause if you won’t accept the situation? So, do yourself a favor and accept the facts. Freeing yourself from this limbo pushes you towards a journey of reflection and finding coping mechanisms that can lead to calmness.

Curb Your Self Sabotaging Tendencies

Of course, after reading this particular point you might’ve scoffed and wondered; why on earth would anyone self-sabotage? But, that’s the thing, so many of us do it without realizing it and contribute to our own future troubles. Look back at all those occasions when you dropped the idea to do something because you feared the worse. The fear of consequences, the fear of being judged, and the lack of self-esteem contribute to a cycle of failing at things before even trying them.

These are your self sabotaging tendencies that force you to drop ideas like; applying to a job that you can quite easily get or asking out a girl that might be equally interested in you. As a big believer in action-based treatment, we suggest that you try to take the big leap. It’s a non-starter move if you’re sitting around and thinking about doing something as you might never even take a single step this way. So, take the opposite action when you find yourself trapped in the realm of self-doubting thoughts. Do the opposite of what your mind tricks you into believing. You can build up the intensity but start slow with some of the most minor acts you’ve been procrastinating over.

Look Around, Broaden Your Horizons

You’re not the only one who’s going through the motions. This is a fact that can satisfy your fears of being all alone in this battle and provide the courage to continue fighting. Someone else might’ve been in the place you are in right now. Look around you’ll surely locate someone who’s now relentlessly entertaining the possibilities one can enjoy in a state opposite to anxiety.

Your hamartia isn’t that you’re complaining, instead, it’s the fact that you’re doing nothing but complaining. Locate the people who’ve lived through this and feel more serene at present. Ask questions, and broaden your horizons to find out what worked best for them. Apart from therapy and medication, there have got to be some coping mechanisms that made things easier for them.

It would be fair to say that the definition of a realm opposite to anxiety, would differ for everyone. For some people, it’s a life where they’re not scared to talk about how they feel in a public setting. Meanwhile, for others, it’s a life where they are not scared of being rejected based on any lacking. We’re curious to know what this statement means to you. What do you think is the opposite of anxiety & have you been able to get to the other side?